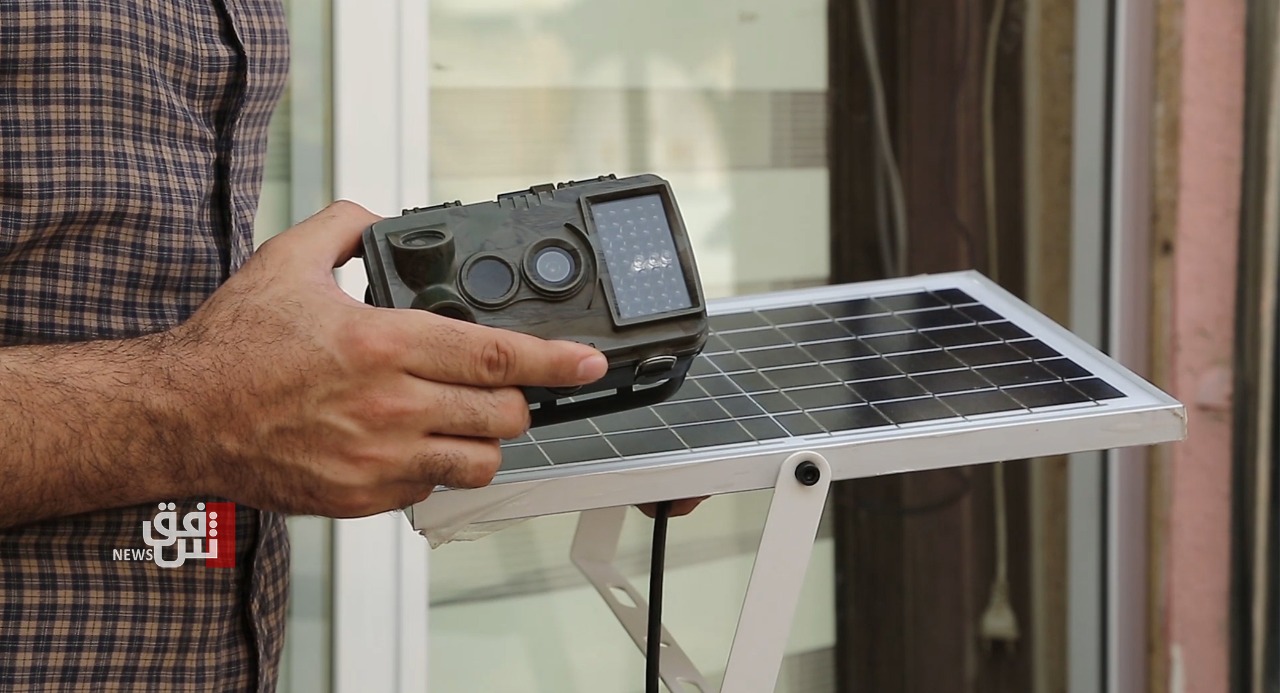 Shafaq News/ An Iraqi musician invents a long-range surveillance camera that works without neither electricity or internet.

Haidar Al-Fatlawi, A musician took this challenge from his small shop in the city of Nasiriyah, Dhi Qar Governorate.

his passion for electronics motivated him to invent a solar powered surveillance camera, it works without power outlets and internet access.

“My camera may be useful to the security forces or the border guards in the remote areas where there is no power or internet, when the camera is installed on a tower, it works directly on solar energy, this camera has a range of five kilometers, it is very helpful for military units.” Al-Fatlawi told Shafaq News Agency.

“This camera keeps you out of the problems of the wires, the internet and the weather.” A citizen in Nasiriya said.

“This work succeeded, as farm owners and companies expressed desire to buy the camera.” He added.