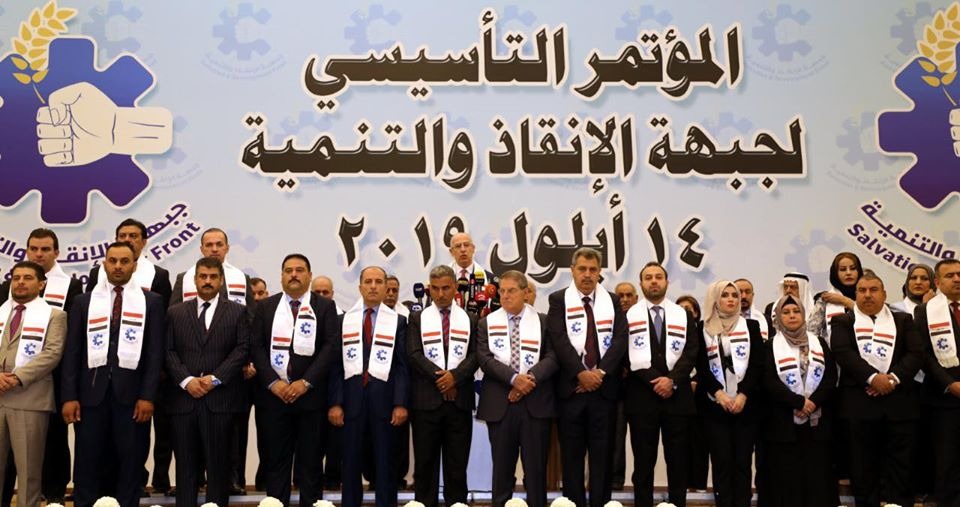 Shafaq News/ The Salvation and Development Front, led by Osama al-Nujaifi, expressed on Monday its apprehension about tours by the Shiite Endowment in some liberated governorates.

The front said in a statement received by Shafaq News agency, "We followed with interest the activities of the brothers in the Shiite endowment and the Hussaini shrine and their tours in some liberated governorates to search for antiquities and shrines believed to be related to Ahl el-Bayt."

"From the standpoint of responsibility and national duty, we see that such activities, at present, incite sectarian strife and negatively affect the cohesion of the national fabric because of its sensitivity after our cities were recently liberated from the control of ISIS gangs," the statement added.

The front called on "the government, the wise political leaders, the brothers in the Shiite endowment, and the officials of the holy shrines, to delay such activities."

"The crisis between the Sunni and Shiite endowments has not ended yet and has generated a state of anxiety and distrust," demanding the government to "retract its hasty decision and form a committee of neutral specialists to study the issue and raise realistic proposals regarding it."

The Shiite and Sunni endowments reached an agreement last November to resolve the religious endowments file, which has been considered controversial since 2003.