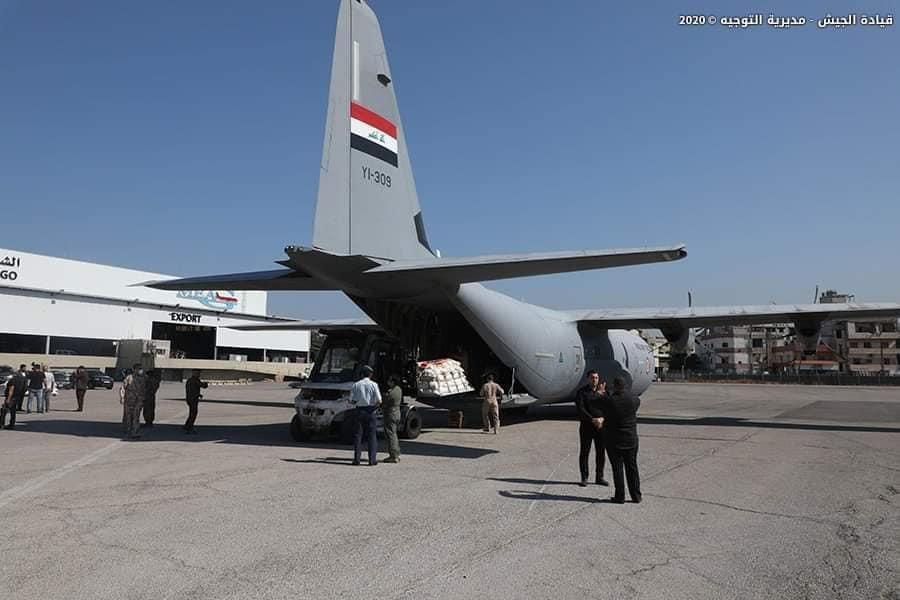 Shafaq News / A military transport aircraft (C130) of the Iraqi Air Force Command has arrived in Lebanon to transport tens of tons of food and humanitarian aid.

An Iraqi ministry of defense statement stated that, “under the direction of the Prime Minister and following up and supervision of the Minister of Defense and the Chief of Staff of the Army, and in coordination with the Ministry of Trade, the plane arrived at Beirut Airport to transport humanitarian, medical and urgent food aid.”

He added that “this assistance is an effort to alleviate the crisis after the Beirut port blast, which led to human and material losses.