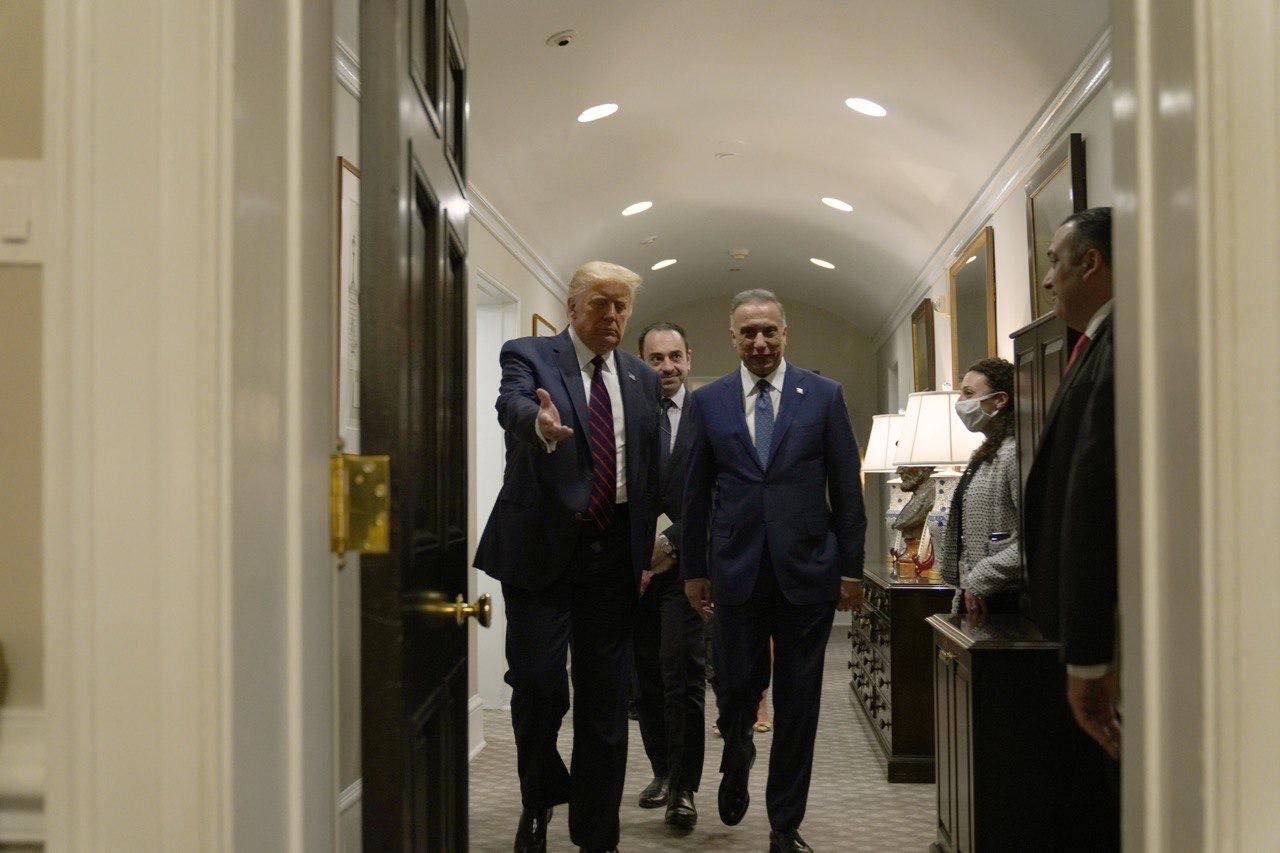 Shafaq News / An Iranian newspaper close to the Supreme Leader of Iran, Ali Khamenei, criticizes the Iraqi Prime Minister, Mustafa Al-Kadhimi, against the backdrop of his recent statements during his meeting with US President Donald Trump in Washington, where he said, "We need America to fight ISIS".

Shariatmadari added that the Iraqi Prime Minister knows that many ISIS terrorists confessed after their arrest that they had acquired modern American weapons from the bases they had imposed their control on.

Furthermore, He considered the statements of the Iraqi PM inconsistent with the demands of the Iraqi people, stressing that American officials will not take them seriously, claiming that Al-Kadhimi's invitation to the "spiritual father" of ISIS a threat to the security of Iraq and Iran.

Al-Kadhimi considered his meeting with President Trump fruitful, and tweeted:" Just concluded an excellent meeting with the President Donald Trump. We will continue to work on defeating the remnants of ISIS, and develop joint projects to improve our economic ties. We thank President Trump and our US friends in helping us free Iraq from the scourge of terrorism".

Al-Kadhimi implemented only 17% of his government program, parliamentary report reveals

Iraq stands in solidarity with Jordan in its ordeal