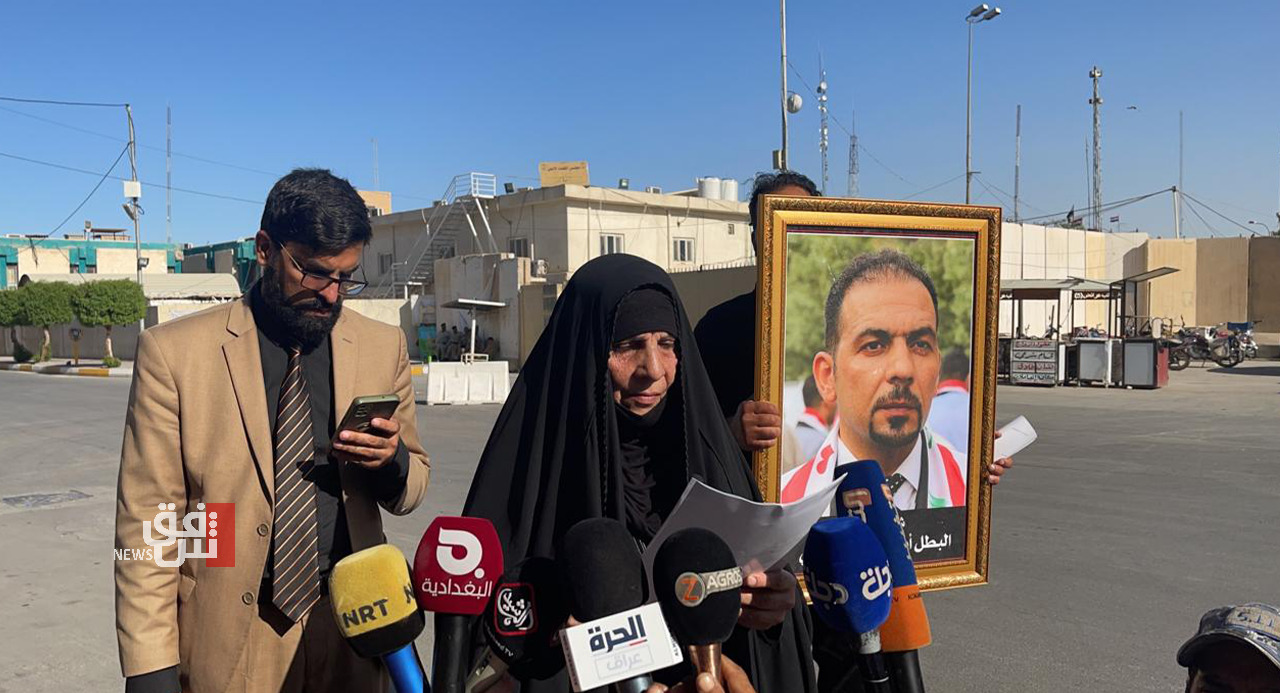 Shafaq News/ On Sunday, the family of Ihab al-Wazni accused the judiciary and Karbala's local government of covering up for the suspects involved in the assassination of her son.

Earlier in the day, security forces in Karbala prevented the mother of al-Wazni from setting a tent near the court building.

"The judiciary must be fair. However, what is happening today in Ihab's case is the opposite," he noted, "the security forces today prevented his mother from a sit-in in front of the court building. This violates Article 38 of the Iraqi Constitution which guarantees the right to peaceful demonstration."

The killing of the Iraqi activist, Ihab al-Wazni, sparked widespread anger in the country, as the anti-government activist.

Al-Wazani, head of the protests coordination in Karbala, is one of the most prominent voices against corruption and mismanagement. He was an opponent Iran and armed groups in the city of Karbala in southern Iraq.