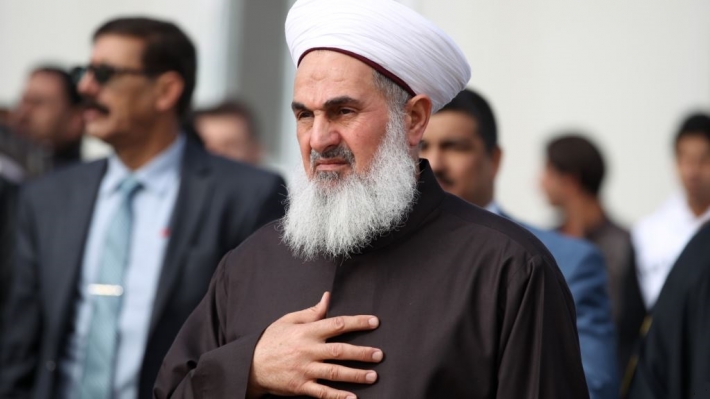 Shafaq News / Mufti of the Iraqi Republic, Mahdi Al-Sumaidaie, called on the federal government to issue a general amnesty for prisoners and release the detainees, threatening to issue a Fatwa prohibiting participation in the upcoming elections.

Al-Sumaidaaie said that the issuance of a general amnesty is an important requirement as, "more than 42,000 Sunnis are imprisoned, as well as 8,000 others sentenced to death".

The Mufti of the Republic accused political parties of deceiving the Sunnis in Iraq, misleading them, and inciting them to carry weapons against the state during the protests that started in 2013.

"If the government does not issue a general amnesty, I will issue a Fatwa prohibiting participation in the upcoming Parliamentary elections", He added.