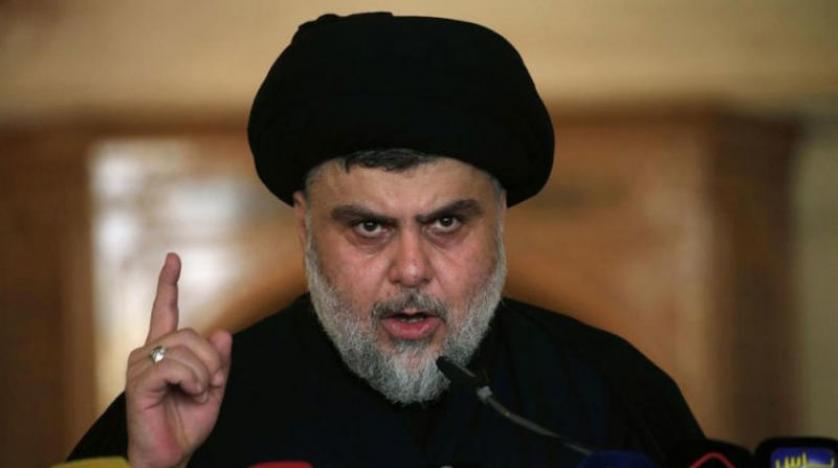 MP of the coalition, Riad Al-Masoudi, told Shafaq News agency, "The political, security, economic and social situation in Iraq is unstable, and the internal and external threats are very well known", adding, "some of these threats target the political system as well as political, military, tribal and religious, figures, especially in Nineveh, Kirkuk, al-Anbar, Diyala and the Baghdad belt."

Videos circulated on social media showed al-Salam Brigades holding a military parade in Baghdad's streets, after Saleh Muhammad al-Iraqi, close to al-Sadr, revealed that there was an ISIS-Baathist agreement to attack some holy sites in Najaf, Karbala and Baghdad.

However, Al-Masoudi pointed out, "al-Salam Brigades represent a disciplined body, a part of it belongs to al-Hashd al-Shaabi, and its military leaders are known. Therefore, the brigades' general mobilization was carried out in full coordination with the security forces and operations leaders in some regions and governorates."

A security source told Shafaq News agency, "The information published by the so-called 'The Leader's Minister', Saleh Muhammad al-Iraqi, regarding the agreement between the Ba'athists and ISIS to target Baghdad, Najaf, and Karbala is fake and untrue", stressing that the security forces did not receive any information about any possible attacks.

The source said that the brigades' deployment is nothing but a show, a political message for those who recently attacked Al-Sadr in the Literary Hall.

"There were no violations, no one was attacked, and no major bridges or roads were closed during the general mobilization. It was only a clear message of reassurance."

Yesterday, the Iraqi Prime Minister, Mustafa Al-Kadhimi, said in a tweet following the incident, "We will not give up on building the state and its prestige. We have accomplished a lot to solve the security, economic and health crises", adding, "the elections are a national entitlement that needs political and social solidarity. Construction cannot be done by violating religious and national symbols, striking institutions and blocking roads, but with state support."

"We will not tolerate the transgressors", Al-Kadhimi concluded.

In the same context, independent MP, Bassem Khashan, said, "al-Salam Brigades belong to a political party that is running for elections, and this is a clear and public violation of the political parties' law, which prohibits any party with an armed wing from participating in the electoral and political process in general. The great disaster is that each party has its own armed wing."

Khashan added, "What happened is a major and flagrant violation of the law, and the Iraqi state must act as a state and deal with such armed manifestations outside its control, or bear the consequences of what will happen after this security chaos."

The Peace Brigades, the military wing of the Sadrist movement led by Muqtada al-Sadr, represent the brigades 313-314-315 of al-Hashd Al-Shaabi.

They were formed after ISIS took control of Nineveh Governorate and large parts of Saladin, Kirkuk, al-Anbar and Diyala governorates, to defend religious shrines.