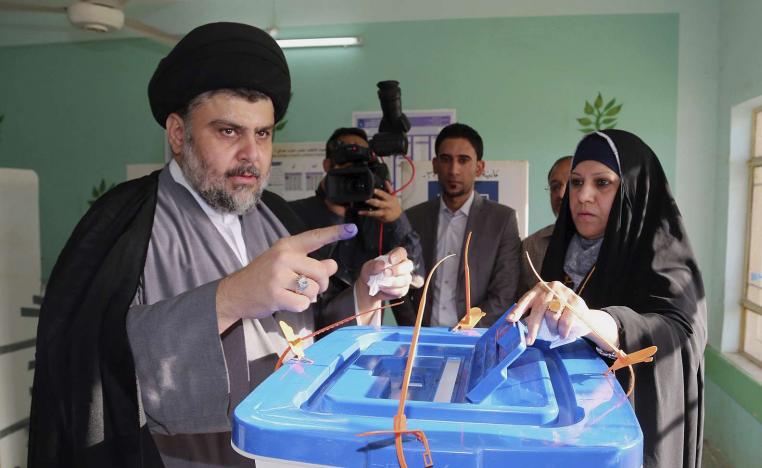 Shafaq News / The leader of the Sadrist movement, Muqtada al-Sadr, revealed his position on postponing the early elections scheduled to take place next June.

Al-Sadr said in a tweet, "We hope that the election commission's proposal will be purely professional to complete the electoral mechanisms and conduct them with acceptable procedures", calling for distancing the elections "from political, partisan, sectarian, and ethnic interference."

He warned, "If the postponement is for professional reasons, then we will comply, otherwise wait for our decision ... provided that the last postponement of the early elections, which the government promised to hold, is to ward off corruption, injustice, occupation, and normalization."

The Independent High Electoral Commission proposed delaying the date of the early elections to October 16. While the commission's proposal was met a major political objection, the Iraqi government is yet to comment.