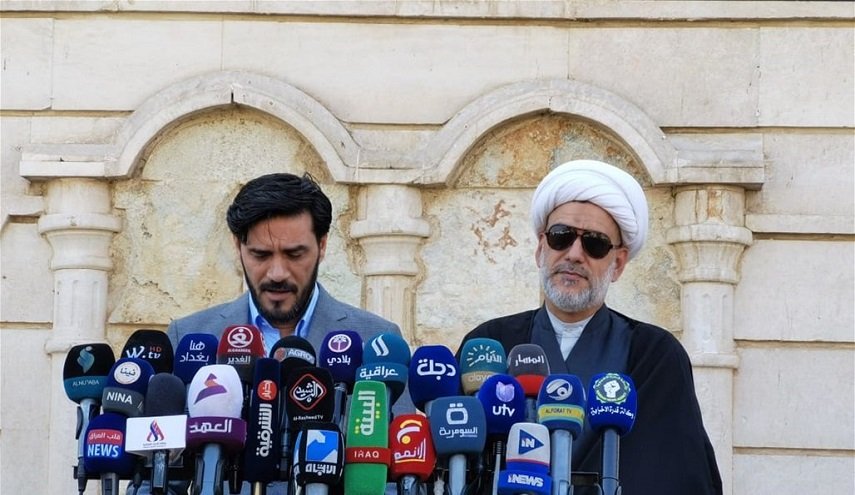 "Some political parties are exploiting the peaceful protests by intruders; the government should perform its duties to maintain the security and the prestige of the state.” Haidar al-Jabri, spokesman of al-Sadr, said in a press conference held today

He called for United nations-supervised dialogue among all parties except Baathists and terrorists.

On Monday, Al-Kadhimi called on the Iraqi government opponents to engage a "frank and open national dialogue" based on "security, peace, and prosperity" of Iraq.

Al-Kadhimi said, "The government is committed to the will of the people to ensure security, peace, reconstruction, and prosperity," calling on the different components to join hands as Pope and Sayyid al-Sistani's joined theirs.

The Prime Minister invited "the different political forces, popular and youth actors, as well as the government opponents" to "the dialogue table.”

Al-Araji should be polite, A close to Al-Sadr said