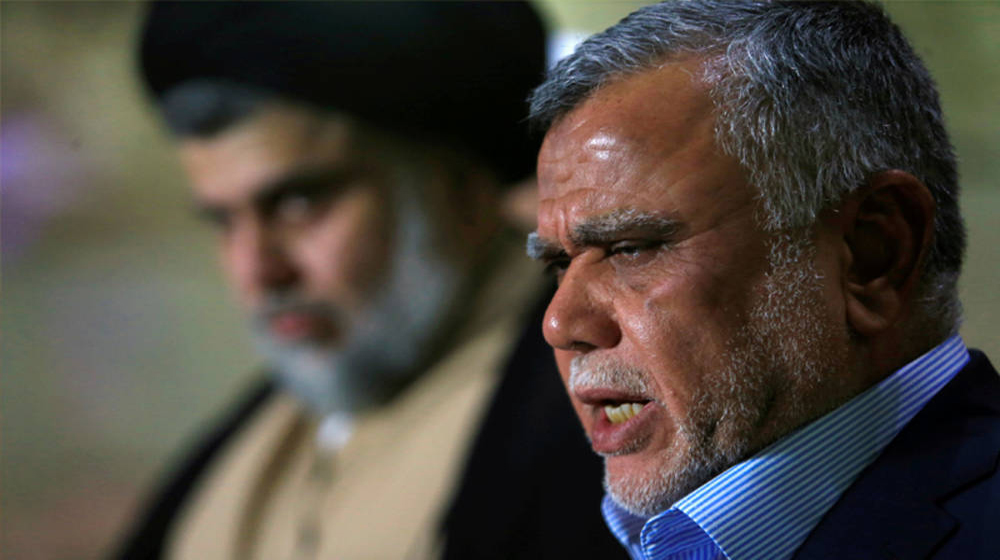 Shafaq News/ On Thursday, the Al-Fateh Alliance revealed that the leader of the Sadrist Movement, Muqtada Al-Sadr, offered the portfolio of the Ministry of Interior to Hadi Al-Ameri in exchange for disengaging the alliance with the Head of the State of Law coalition, Nouri Al-Maliki.

"Muqtada al-Sadr, presented to the leader of the Fatah Alliance Hadi al-Amiri the portfolio of the Interior Ministry, in exchange for entering into one alliance with the Sadrist bloc and forming a majority government without Al-Maliki."

Al-Fatlawi confirmed that this proposal was rejected, and Al-Amiri stressed that the Framework would ally as one unit. Otherwise, it will turn to the opposition or the boycott."

Earlier, A source in the Shiite Coordination Framework revealed that the Head of the "Fatah" alliance would submit a proposal to the Sadrist Movement leader, Muqtada al-Sadr, regarding the formation of the next Iraqi government.

The source told Shafaq News Agency that today, Al-Amiri would hand over Al-Sadr a proposal that the Framework parties participate in the "Majority" government with the Sadrist.

"The State of Law Coalition will also participate in the new government along with the Al-Fateh Alliance and the Sadrist, but its head, Nouri al-Maliki, will not assume any executive position in the next government, according to al-Sadr's condition."

Muqtada al-Sadr, the Kurdistan Democratic Party, Takadum, and Azm alliances tried to include the Shiite Framework into the next government to no avail.

Al-Sadr rejects any participation for al-Maliki, (a prominent part of the Framework) in the national majority government.

He said he will ally with "whoever puts Iraq's national interests first." That is an indication, Iraqi officials and Western diplomats say, that he may exclude some Iran-backed Shiite blocs in favor of parties with cross-sectarian support.