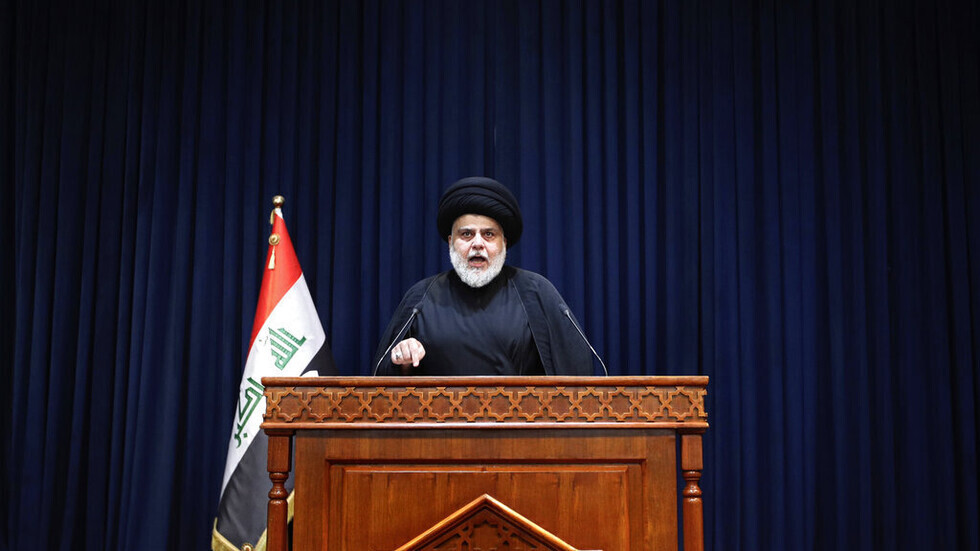 A flyer issued by al-Sadr's bureau on Thursday said, "I vow to stand against (homosexuality) or (LGBTQ) by ethical, peaceful and religious means, and against violation of the innateness that humanity is built upon, and I pledge never to use violence of all kinds against them. Rather, our goal is to acquaint, guide, and prevent them from being drawn into forbidden desires and lustful and chaotic freedom."

"I demand the abolition of the homosexuality law in order that it is not a door to generalizing the affliction," the flyer said in English.

Al-Sadr's bureau shared a copy of the flyer with the name of Muqtada al-Sadr hand-written on it.

Homosexuality is not officially illegal in Iraq, but being publicly queer is not socially accepted, which constantly puts the community at risk of threats and abuse.

Human Rights Watch has said that LGBTQ+ communities in Iraq live under the constant threat of abduction, rape, torture and murder at the hands of armed groups and the police.

In a statement published on his verified Twitter account on 23 May, Sadr suggested monkeypox was a result of homosexual behaviour, as some of the early cases detected in the latest global wave were among gay men.

"I call on them [homosexuals] to repent," he wrote, then went on to call for repealing laws upholding gay rights in order to "protect humanity from the monkeypox epidemic or what we call homosexual-pox".

He also proposed designating a day every year to express opposition to homosexuality.

In 2016, Sadr himself called for an end to violence against the community, in a statement welcomed by HRW and other rights groups. But this is not the first time that Sadr blamed the LGBTQ+ community for disease outbreaks. He also blamed the outbreak of the coronavirus pandemic on the legalization of gay marriage in western countries.