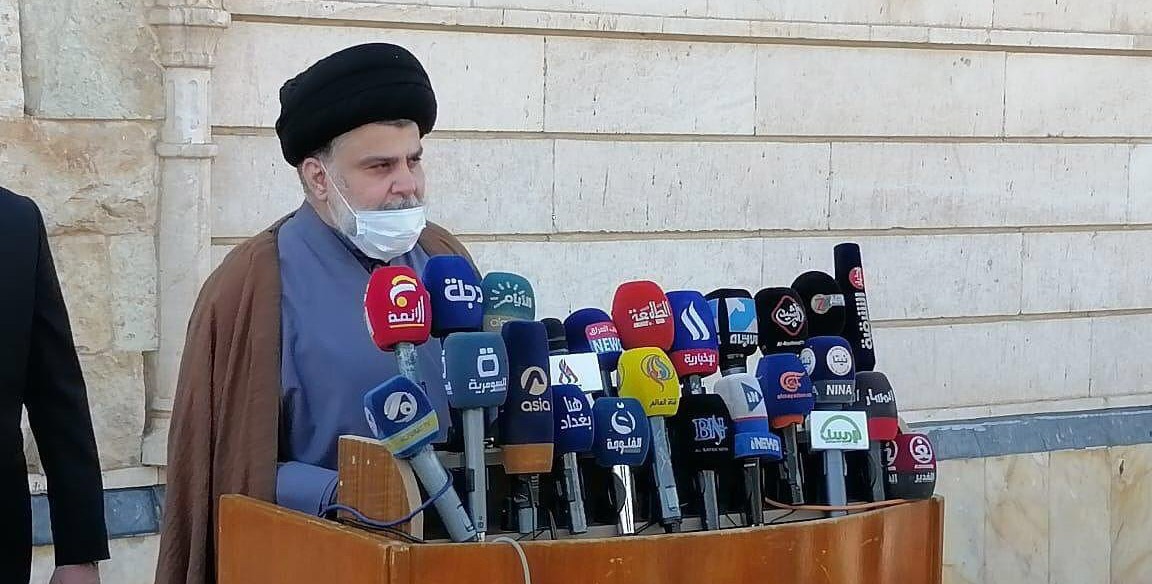 Shafaq News / The leader of the Sadrist movement, Muqtada al-Sadr, considered al-Salam brigades' general mobilization has nothing to do with "diminishing the state's prestige".

Al-Sadr said in a press conference, "if this security deployment had diminished the prestige of the state, it would never approve it", stressing the need to protect the state from any internal or external party.

According to al-Sadr, “the security forces are in a state of collapse and weakness,” indicating that many perpetrators attack security personnel. "I cannot see a soldier killed or wounded […] the government is silent, I cannot be silent, and if the demonstrator imagines that The security forces defend the corrupt. No, they do not. "

Ahead of the elections, Al-Sadr stratifies the levels of conflict in Iraq

Al-Sadr warns of threatening the civil peace in Iraq