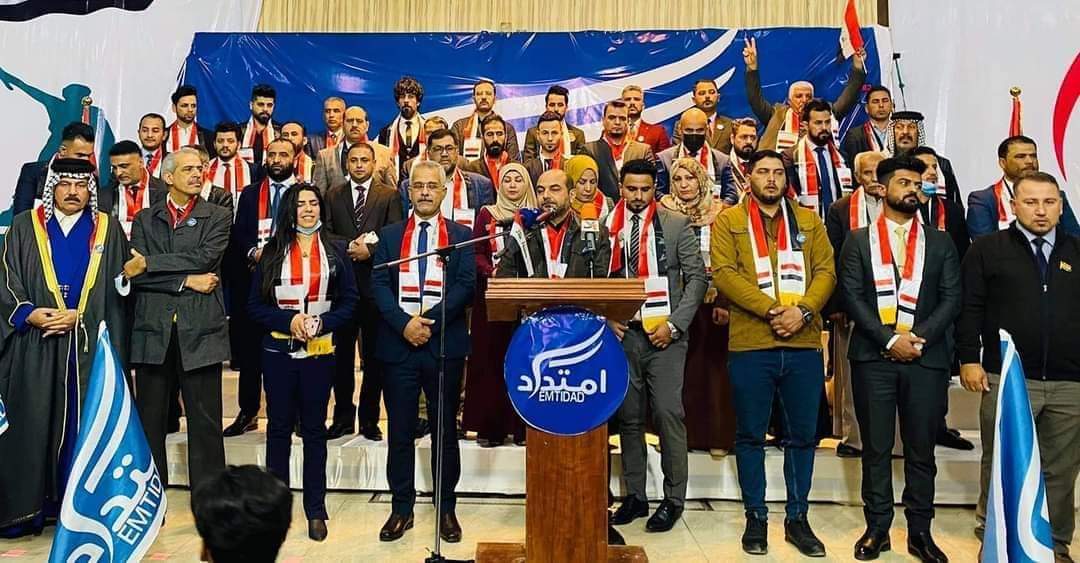 Shafaq News / Activists in the Iraqi popular movement announced the formation of a political bloc to run in the early parliamentary elections scheduled for next June.

This announcement came in a press conference held in Al-Muthanna Governorate, during which activist Alaa Al-Rikabi announced the formation of "Imtidad" movement.

The activist is leading the movement to represent the popular protest and "October Revolution" in the elections.

Shafaq News correspondent reported that Al-Rikabi announced the formation of the movement outside the city of Nasiriyah, the center of Dhi Qar, for fear of attacks against him from some political parties in the governorate.

The establishment of the new movement was announced in activists' presence in the popular movement from several governorates, including Dhi Qar, Al-Muthanna, Babel and Al-Diwaniyah.

Al-Rikabi pointed out that the new bloc would "confront the corruption of the current regime."

The popular movement began in Iraq in October 2019 and is continuing in a limited way, and overthrew the previous government headed by Adel Abdul Mahdi.