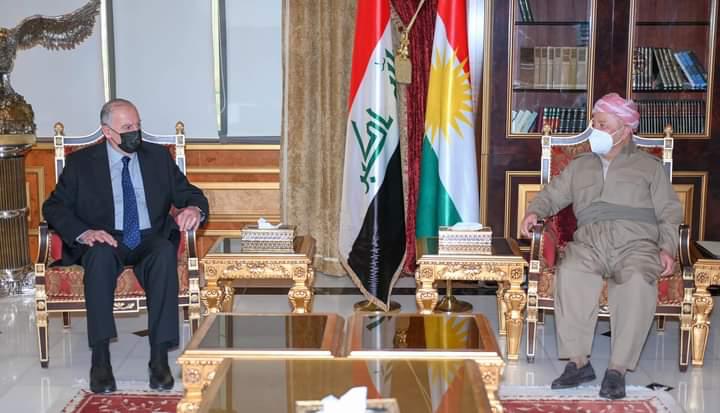 Shafaq News/ Kurdish leader Masoud Barzani and head of the Salvation and Development Front Osama al-Nujaifi stressed the need to hold the next Iraqi elections on their scheduled date.

Barzani's office said in a statement that the latter received al-Nujaifi in his office in Erbil, where they discussed the latest political developments in Iraq and the upcoming elections.

The statement indicated that Barzani and al-Nujaifi stressed the need to hold the elections on the specified date, and commended the international interest in the upcoming Iraqi elections.

According to the statement, the two parties discussed the situation in Nineveh, and laid emphasis on the need to build a civil and democratic state in Iraq

The "sedition document" must be canceled, Al-Nujaifi says

Leader Barzani recalls Ayatollah Al-Sadr: he was a title for challenging injustice