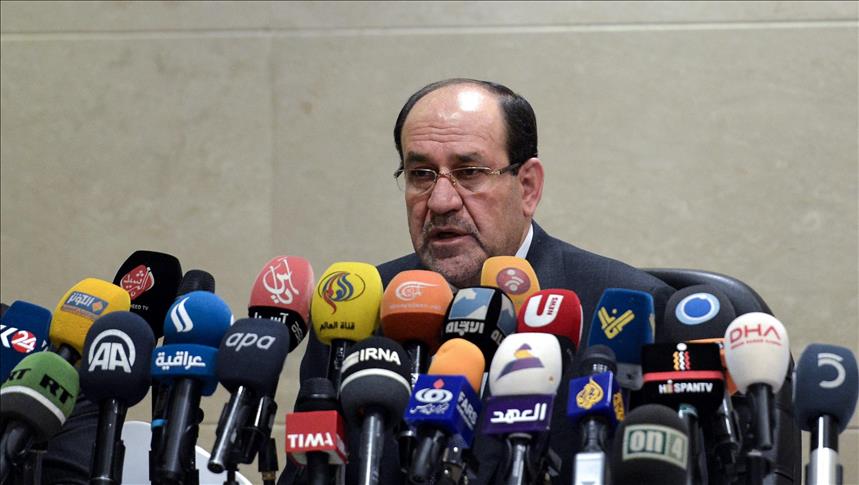 Shafaq News/ The head of the State of Law Coalition, Nouri al-Maliki, said that the Coordination Framework's meeting scheduled for later today, Sunday, is dedicated to seeking solutions to the crisis that erupted in the aftermath of the election results announcement.

Al-Maliki's remarks came in response to a question addressed to him at the Journalist's platform on his official website.

The former Prime Minister said that the meeting hosted by the Coordination Framework will include all the patriotic forces to discuss the repercussions of the early parliamentary elections and the objections raised afterward.

The meeting, according to al-Maliki, will look for solutions to contain the crises and redress the affected parties in accordance with the Constitution and law to keep the demands inside its legitimate framework, stressing that the meeting is to address the crisis, not to form an alliance.

Al-Maliki, had invited all the forces to be represented in the Iraqi parliament, except for the Sadrist bloc, to an expanded meeting at his residence, a source revealed yesterday, Saturday.

The source told Shafaq News Agency that the meeting will be held on Sunday evening to discuss the latest updates on the political situation in the country and the appeals to the election results.

Shiite, Sunni, and Kurdish forces will attend the meeting, but the Sadrist movement will not. "They will not be able to attend even if they were invited," the source continued.

Last week, Al-Maliki's residence hosted a meeting of the Shiite forces under the umbrella of the "Coordination Framework".