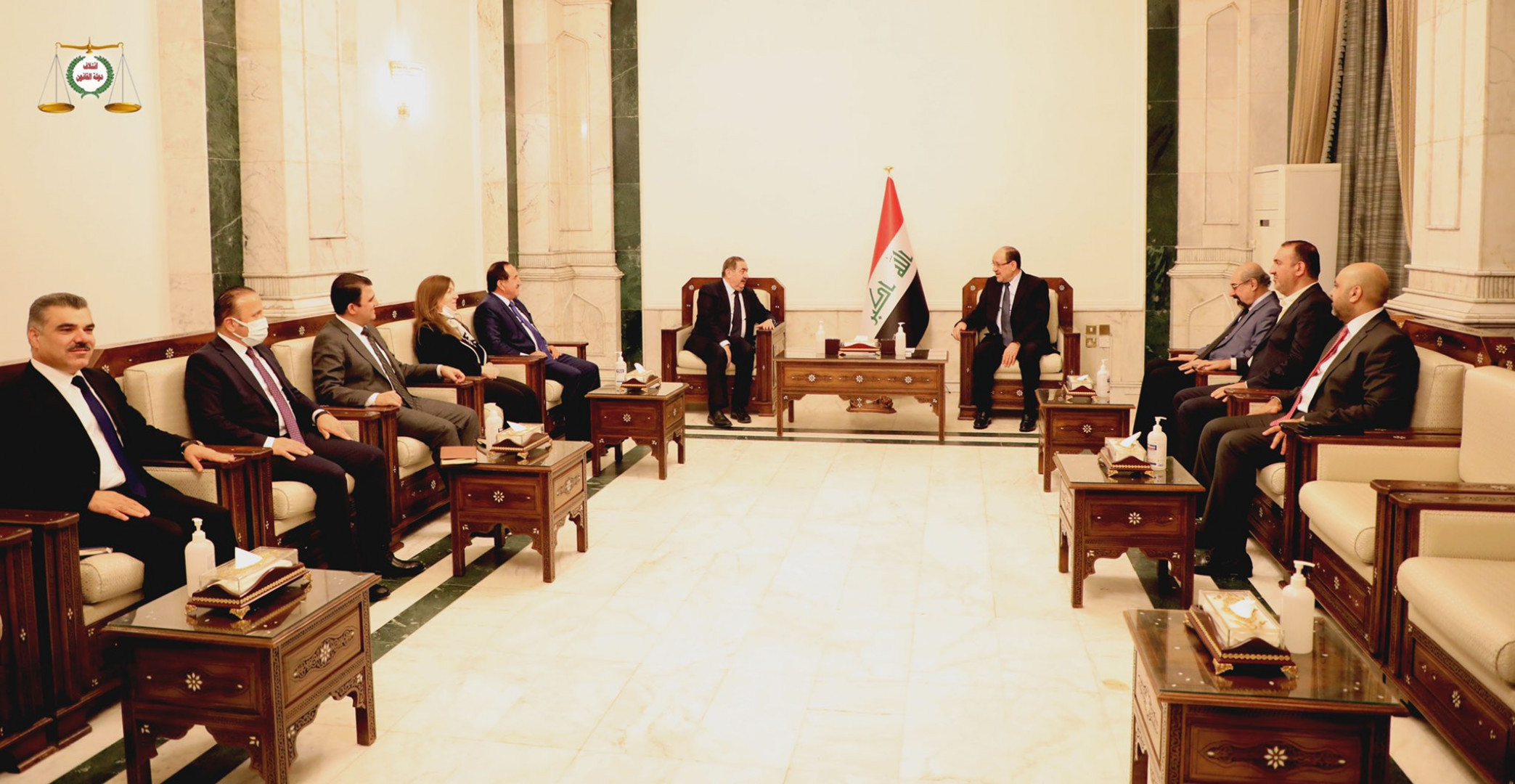 Shafaq News/ The head of the State of Law coalition, Nuri al-Maliki, met with the delegation of the Kurdistan Democratic Party today.

The negotiating delegation of the Sadrist bloc, headed by Hassan al-Azari, also received today morning, the KDP delegation at the Sadrist movement headquarters in Baghdad.

Earlier today, the Kurdistan Democratic Party's delegation, headed by Hoshyar Zebari, met today with the political body of the Sadrist movement at the latter's headquarters in Baghdad.

The delegation arrived in Baghdad yesterday to "calm the situation "and hold a dialogue between political parties, in preparation for forming the next government, according to KDP member Mayada Al-Najjar.

Al-Najjar told Shafaq News Agency, "The Kurdistan Democratic Party has formed a committee headed by Hoshyar Zebari, which in turn held meetings with the Kurdish parties."

"The visit of the Kurdish delegation to Baghdad aims to hold dialogue and bring the views of the political parties closer", she added.

Al-Najjar pointed, "The Kurdish committee will meet with the Shiite and Sunni parties in Baghdad, and will work to calm the situation in preparation for the for

Iraqi presidency is for the Kurdish component, KDP member says

State of Law: the Kurdish and Sunni blocs will not ally with the Sadrist movement without other Shiite blocs