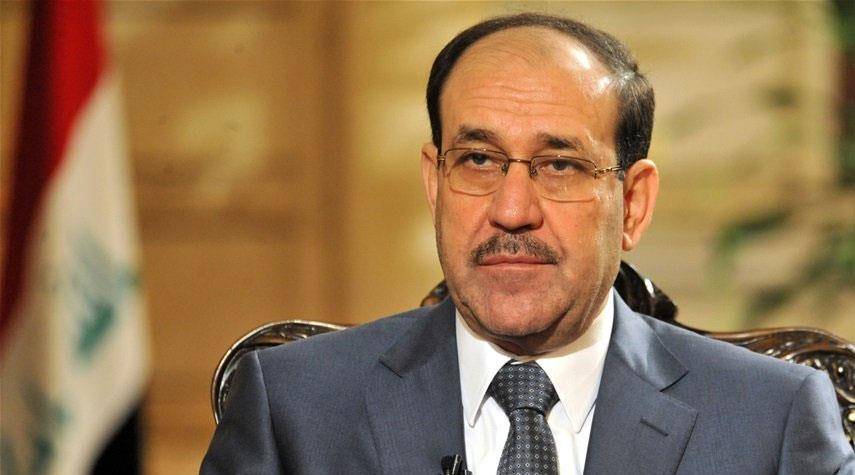 Shafaq News/ The head of the State of Law bloc, Nouri al-Maliki, on Tuesday ascribed the prosecution of repatriated persons convicted with charges related to terrorism is a purely "judicial issue" and not a "debate" material.

Notorious Sunni tribal figure, Ali Hatem al-Suleiman, a former Emir of al-Dulaim tribe, returned to Baghdad after eight years of living abroad following his role in the Sunni insurgency in 2013-2014 that ultimately led to the Islamic State's rise in Iraq.

Al-Maliki said that the victims of terrorism have the right to sue "the criminals who killed their families and inflicted damage to them."

"The controversy around the repatriated persons who turned themselves is a judicial issue," he said, "we trust the judiciary and rely on it. It is responsible for reprosecuting them."