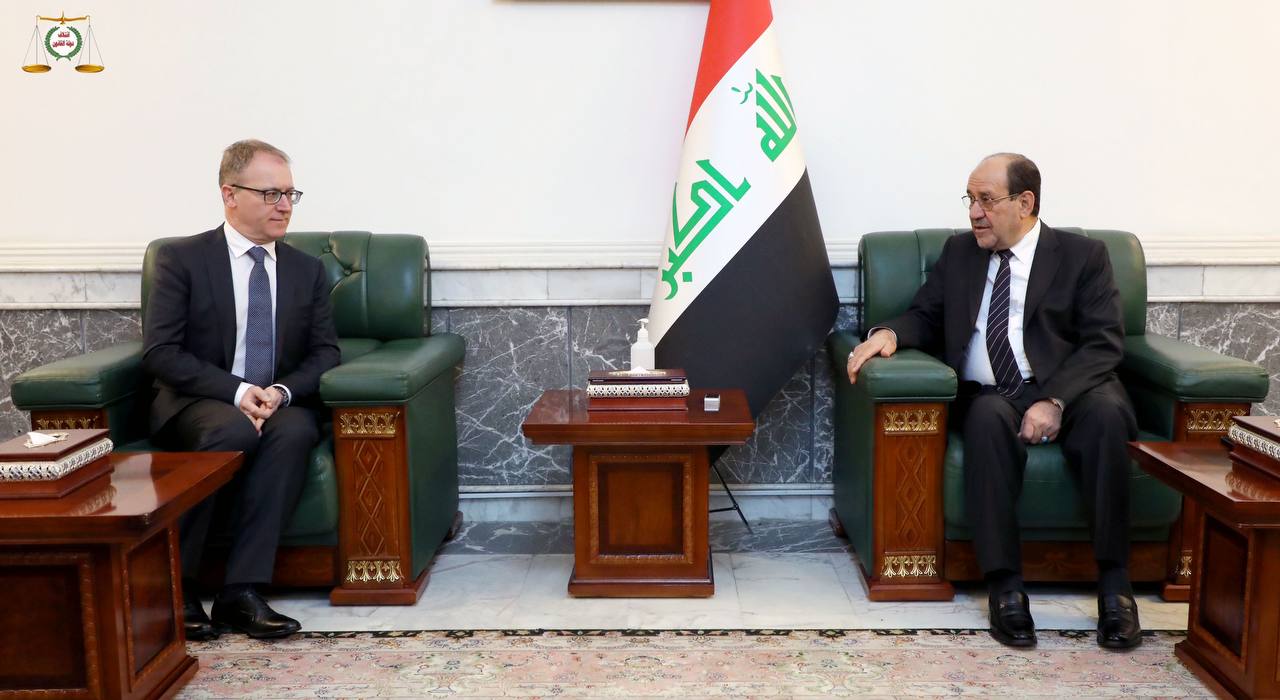 Shafaq News/ The head of the State of Law Coalition, Nouri al-Maliki, warned of "great dangers" that may occur if an essential component was prevented from receiving its entitlements.

A statement by Al-Maliki's office said that the latter received today the Italian ambassador to Baghdad, and discussed with him the latest political developments in Iraq and the world, the Russian-Ukrainian war, and the current government crisis in Iraq.

Al-Maliki stressed Iraq's need for international support, noting that Wednesday's session will not differ from the one that was held last Saturday, because "preventing an essential Iraqi component from receiving its entitlements damages the national political balance, and will put the political process at risk."

According to the statement, al-Maliki confirmed that the Coordination Framework still encourages the option to resort to dialogue, and calls on all parties to end the current political impasse to form a new government.

For his part, the Italian ambassador confirmed his country's support for Iraq, noting that Rome will head the NATO mission in Iraq, next May.