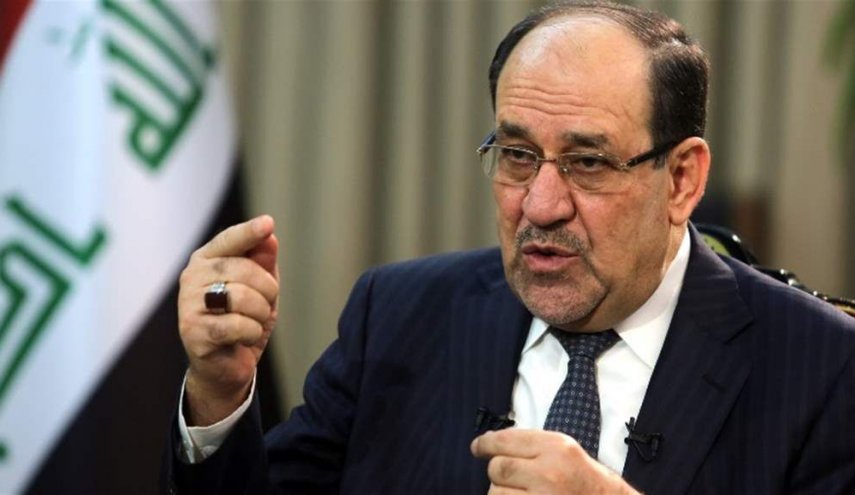 "Our relationship with Islamic forces and parties, including the brothers in the Sadrist movement, has a great goal and is related to a serious responsibility." Al-Maliki said on Twitter.

"This relationship compels us to always look for many common points of cooperation and integration, and not looking for repulsion, disharmony, antagonism, or exclusion, which is not the approach we learned from our Imams. it does not serve our faith, homeland, and people in this critical situation."

"We will continue to adhere to that position to reach out to everyone in cooperation with all the benevolent and responsible Islamic and patriotic forces, whether inside or outside Parliament."

"Differences, simple and not strategic, should not separate us. We may disagree in some positions, but cooperation and keenness on unity is the basis and the consistent strategy." Al-Maliki, a prominent force in the Shiite Coordination Framework, said.

According to Shafaq News Agency sources, The State of Law Coalition (led by Nuri Al-Maliki) will have 40-41 deputies out of the 73 parliamentary seats of Al-Sadr's deputies

The Framework will begin next week with new rounds of meetings with all forces, including the Al-Siyada, and the Kurdistan Democratic Party, to reach understandings that lead to "a strong government."

Concerning the candidates for Prime Minister, our sources pointed out that the Pro-Iranian group has some candidates. Still, "if everyone agrees to choose Mustafa Al-Kadhimi for another term, it might be accepted."