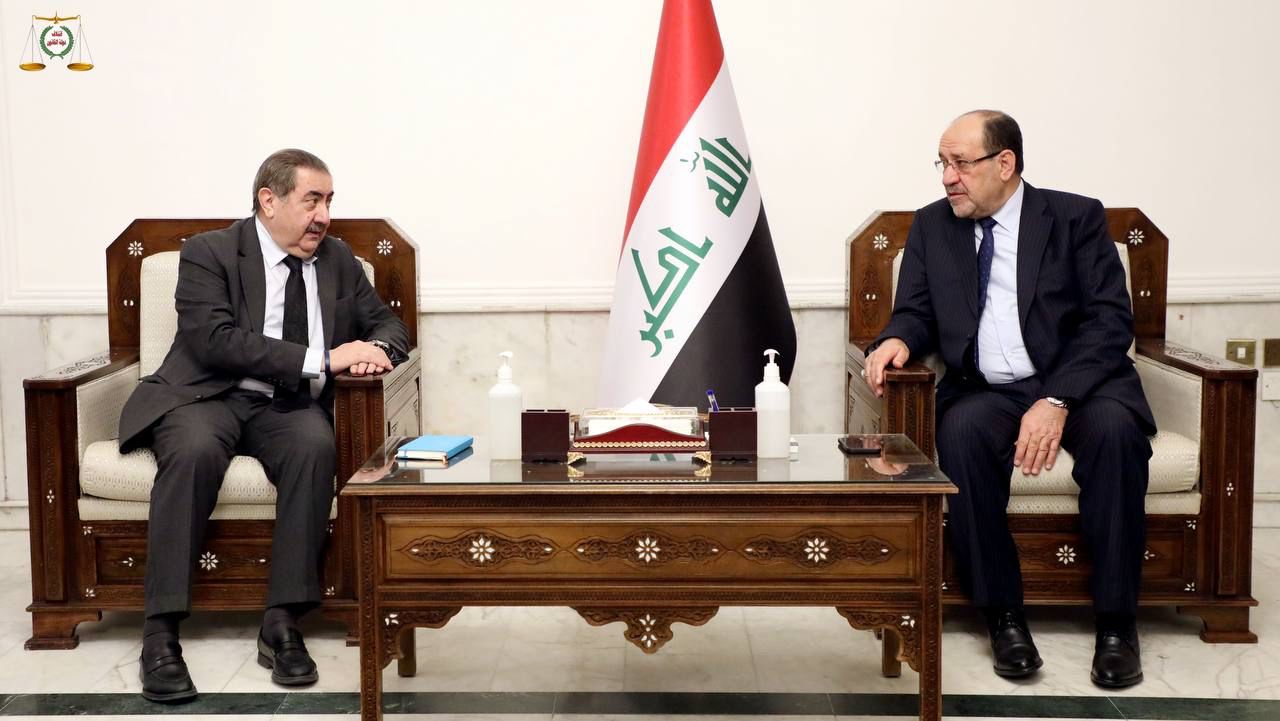 Shafaq News/ The head of the State of Law Coalition, Nouri al-Maliki, called for a "serious and objective" review of the appeals and evidence submitted to the Supreme Federal Court before ratifying the result of the early parliamentary election held in Iraq in October.

Al-Maliki's comments came upon his reception to a delegation of the Kurdistan Democratic Party (KDP) headed by Hoshyar Zebari.

According to a statement issued by his bureau, al-Maliki discussed with his guests the recent updates on the political situation in Iraq and the repercussions of the election crisis.

Al-Maliki laid emphasis upon the "national consensus" to exit the crisis and converge the views to coordinate the situation in preparation for the upcoming challenges.

For his part, Zebari commended Al-Maliki's efforts in bringing the views together and serving Iraq and the Iraqis, stressing that KDP pursues the same approach.

The head of the KDP delegation called for continuing the efforts to overcome the current impasse.