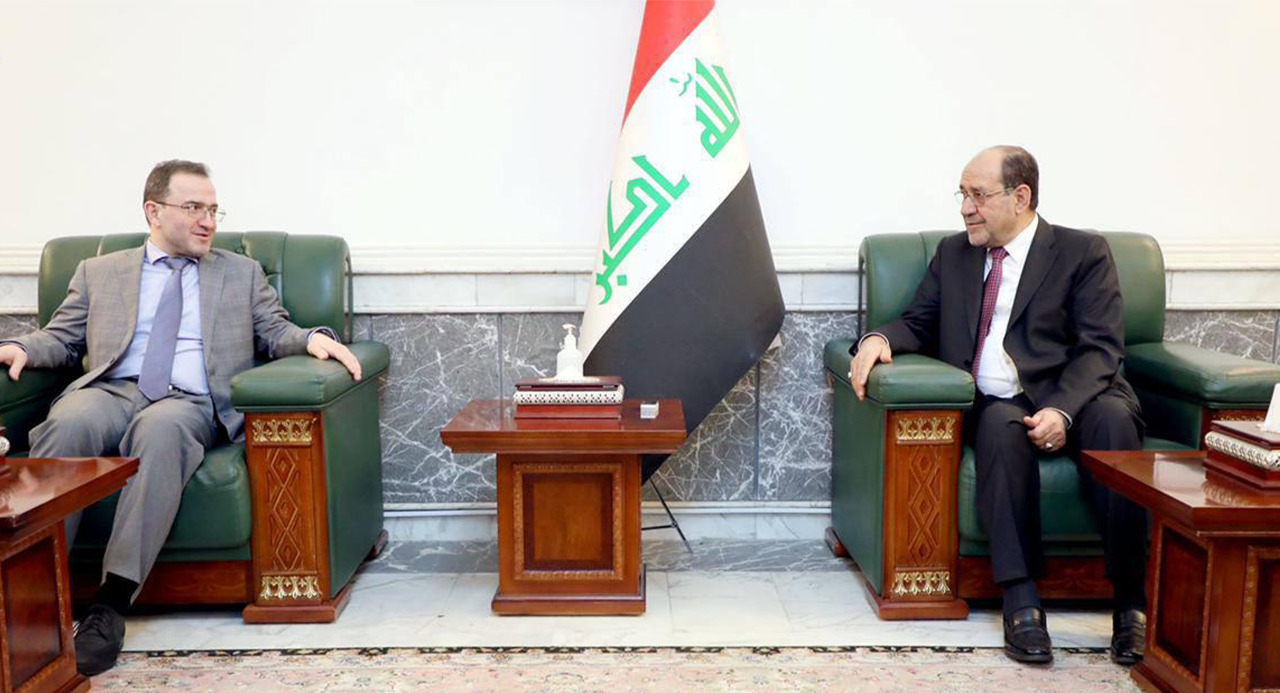 Shafaq News/ On Thursday, the head of the State of Law Coalition revealed the shape of the government sought by the Shiite Coordination Framework.

Nuri al-Maliki received today the Russian Ambassador to Iraq, Elbrus Kutrashev. They discussed the political and security developments in the regional and international arena, the war in Ukraine and other issues of common interests.

According to a statement, al-Maliki stressed that Iraq “seeks to overcome its current crisis by making understandings with other political forces that contribute to forming a government that fulfills the hopes and aspirations of all Iraqis.”

The prominent Shiite leader added that "the national forces foiled all foreign plots aimed to disturb the political process."

In turn; Kutrashev expressed his country's support for the security, stability and sovereignty of Iraq, hoping to strengthening bilateral relations.