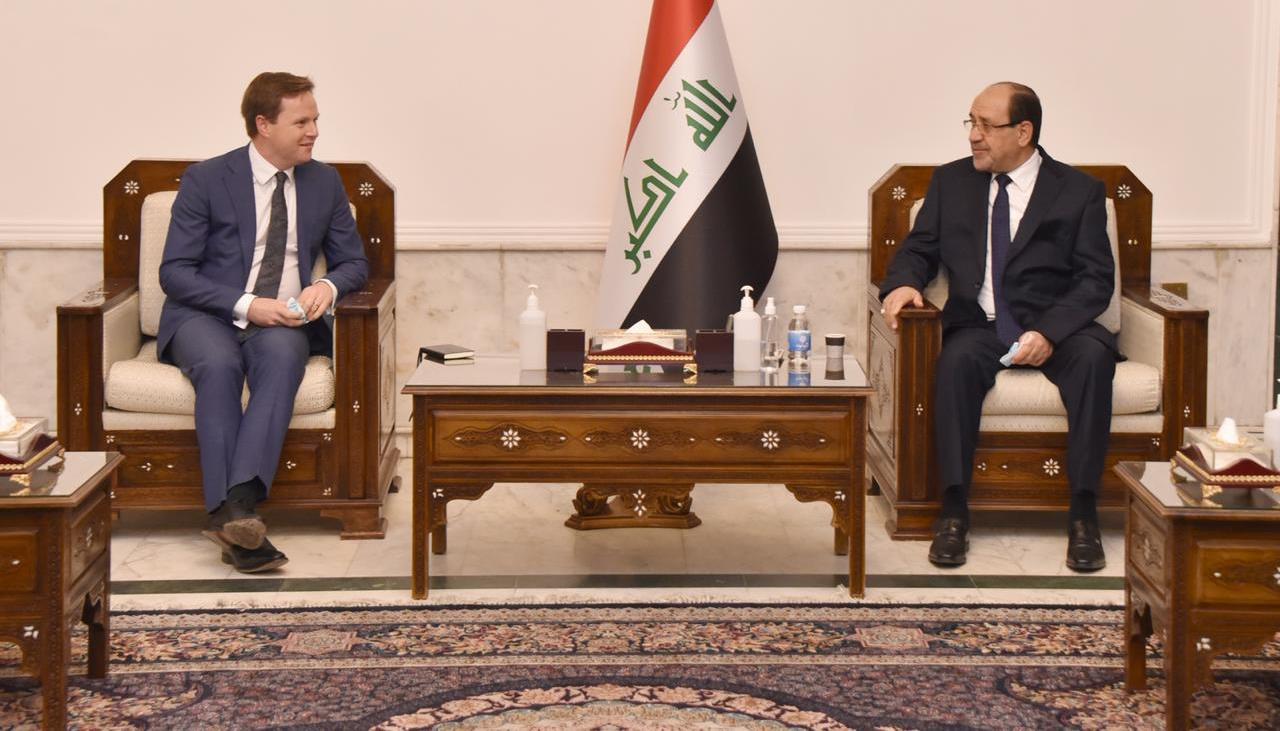 “Al-Maliki discussed today Monday in Baghdad with the UK ambassador to Iraq, Stephen Hickey, ways to enhance the cooperation between the two countries,” indicating that the two sides also “discussed the political development in the regional and international levels, and the preparations for holding early elections.”

Al-Maliki stressed that "the Iraqi people and the political blocs are determined to implement reforms, especially as Iraq is preparing for a transparent and fair elections away from the use of illegal weapons or political money."

For his part, the British ambassador expressed his country's readiness to support all efforts to strengthening relations and cooperation between the two friendly countries.