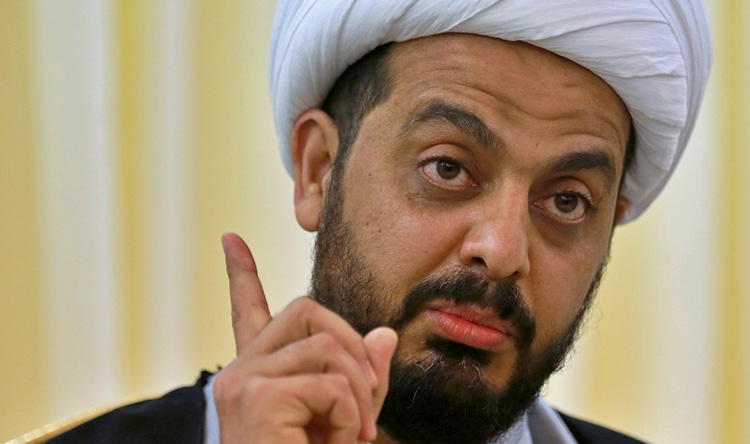 Shafaq News / The leader of Asa'ib Ahl al-Haq, Qais Khazali, announced on Thursday the end of the truce with the US in Iraq, stressing that confronting the foreign presence in Iraq is legitimate by all means.

Al-Khazali said in a televised interview, " the Special Representative of the Secretary-General for the United Nations Assistance Mission for Iraq, Jeanine Hennis-Plasschaert, had no role in the issue of the truce between the resistance factions and the American side at all. The person who interfered was Hadi al-Amiri, leader of the Al-Fatah coalition."

He added, "the truce with the US has ended since its conditions have not been fulfilled. We have the right to confront foreign forces, especially since confronting the foreign presence and rejecting it is legitimate by all available means."

Al-Khazali's statements came a day after missile attacks targeted the Green Zone, which includes the US embassy in Iraq.

This is the first attack of its kind in five weeks. The attacks had stopped after a group calling itself the "Iraqi Resistance" announced on the tenth of last month, suspending its operations against foreign forces, especially American forces in Iraq, to allow them to withdraw from the country.

The "Iraqi resistance" is an unknown party, and it is believed that it includes pro-Iranian armed Shiite factions, including the Iraqi Hezbollah Brigades, Asa'ib Ahl al-Haq and Harakat al-Nujaba.

For months, the Green Zone (which includes government headquarters, embassies and diplomatic missions) in Baghdad, along with military bases hosting the international coalition forces, and convoys transporting logistical equipment, have been subjected to rocket and IED attacks by unknown parties.

Washington accuses the Pro-Iranian Iraqi factions of being behind the attacks.