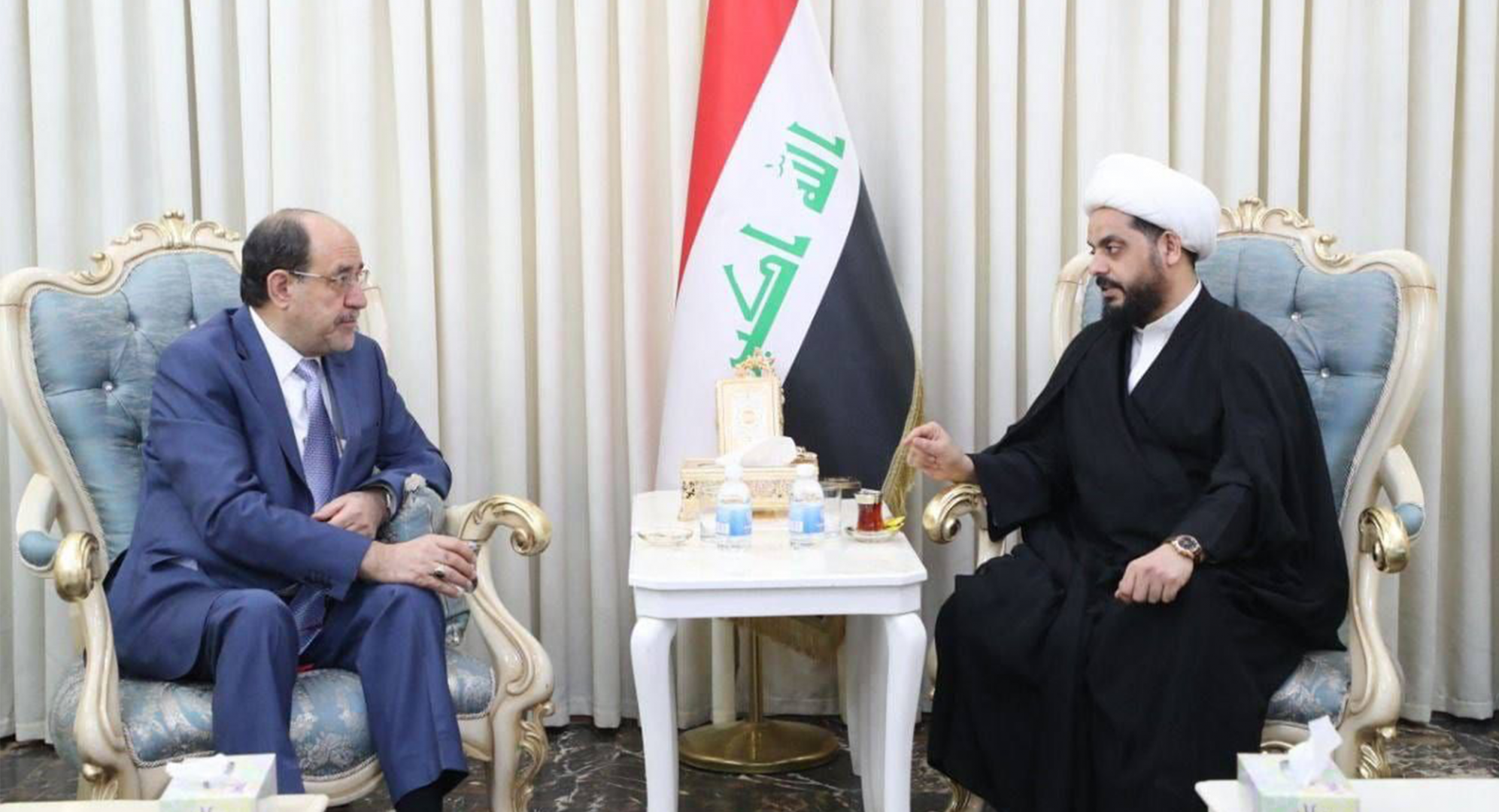 Shafaq News/ The Secretary-General of the Asa'ib Ahl al-Haq" Movement, Qais al-Khazali, met with Nuri al-Maliki, the head of the State of Law coalition.

Al-Khazali's office stated that both sides discussed the Iraqi political situation and forming of the next government.

The two sides stressed the need to “make more efforts to reach political solutions and prevent the weakness of Iraq.”

Since the Iraqi Parliament held its first session on the ninth of last January, the situation became more complicated with the Framework insisting on having the "Shiite" largest Bloc because the prime minister is entitled to the Shiites, while the leader of the Sadrist movement Muqtada al-Sadr refuses to engage in an alliance with the Framework forces and adheres to excluding the leader of the State of Law coalition Nuri al-Maliki from any alliance.

The Sadrist Movement leader then called for independent deputies to form the next Iraqi government within 15 days.

The Shiite Cleric renewed his call to some of the Framework's forces to join the Alliance with the Sadrist bloc.

al-Khazali: next PM should be nominated by the largest parliamentary bloc

Al-Maliki calls for "respecting the impartiality of the judiciary"

Al-Khazali: Iraq is going through a "political blockage"

Al-Maliki expresses displeasure over the intervention of the Najaf authority, Sources

Al-Khazali commits to the Federal Court decision regarding the Elections

Al-Khazali: some parties are trying to spread chaos in Iraq

MPs shed light on two major obstacles ahead of the elections