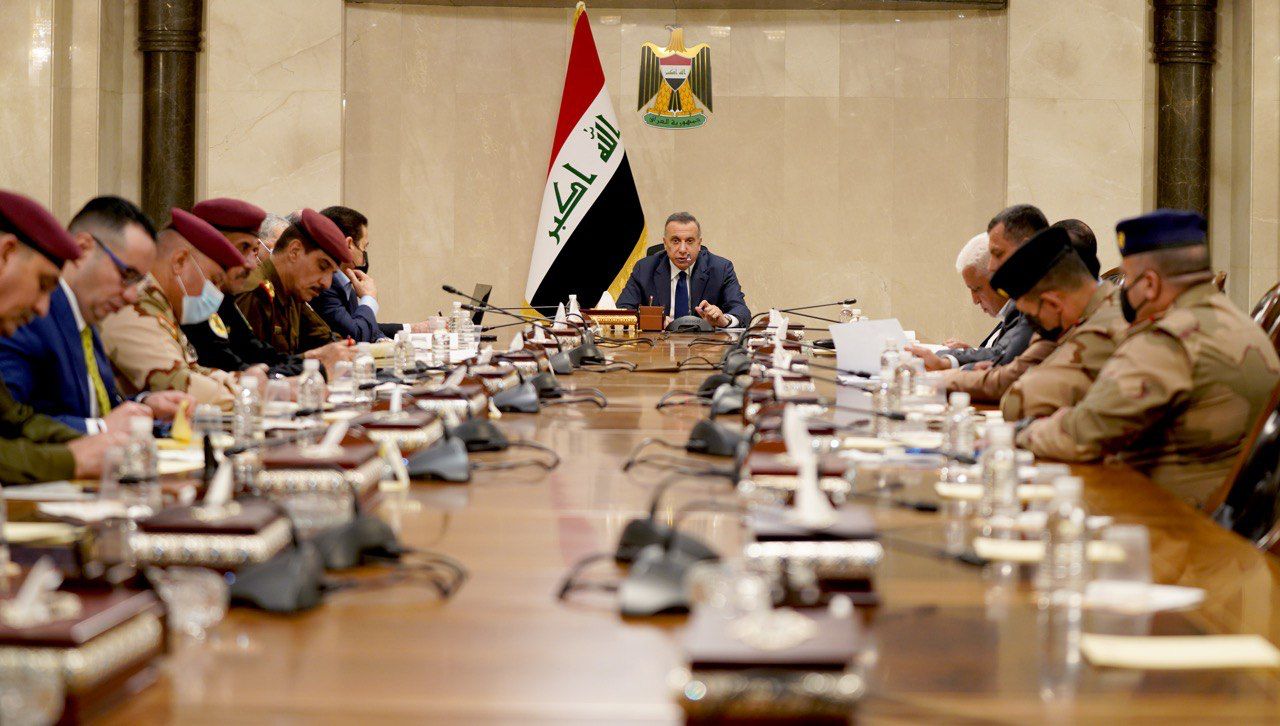 Shafaq News/ The Commander-in-Chief of the Iraqi Armed Forces, PM Mustafa al-Kadhimi, highlighted on Wednesday the challenges facing Iraq and the Government's efforts to overcome them.

Al-Kadhimi's remarks came during a meeting of the Ministerial Council of National Security earlier today in the Iraqi capital, Baghdad.

The meeting, according to a readout issued Al-Kadhimi's office, touched upon the security situation in the country, the recent demonstrations, and the logistic support of the armed forces fighting ISIS remnants, among other items on the Council's agenda.

"Iraq is amid multiple challenges. However, the government, in spite of its short mandate, was able to lay the foundations of success and deal with the updates on the local and regional arena," al-Kadhimi said.

"The army, al-Hashd al-Shaabi (Popular Mobilization Forces-PMF), Police, Counter-Terrorism-Services, Peshmerga, and all the national armed forces are the striking force to the enemies of the country and the terrorist groups," he continued, "the remnants of the terrorist organizations are Iraq's number one enemy. Our security forces will continue to pursue the hideouts of the terrorists and destroy their headquarters."