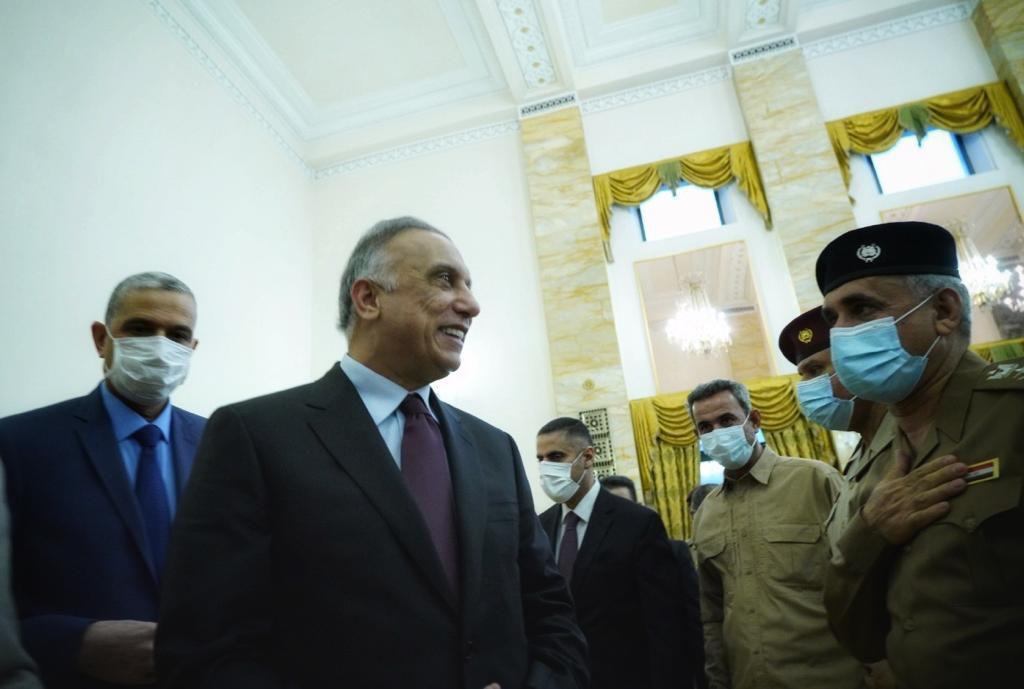 Shafaq News / The Commander-in-Chief of the Armed Forces, Mustafa Al-Kadhimi, announced Iraq's success in setting a schedule for the withdrawal of the Global Coalition forces.

Al-Kadhimi indicated, during an iftar banquet attended by leaders and officers of security and military agencies, that the government "succeeded through real and responsible constructive dialogue in imposing legal and time-based mechanisms for the withdrawal of the Global Coalition forces”, adding, "This decision came after the Iraqi forces became more ready to take on security tasks to face ISIS remnants."

"We have formed a specialized military and technical committee to determine Iraq’s needs and the mechanisms for handing over tasks from the Global Coalition forces”, he stressed.

Al-Kadhimi concluded, "We must help the military and security institutions to reach high levels of performance and to face all challenges and fill all gaps."