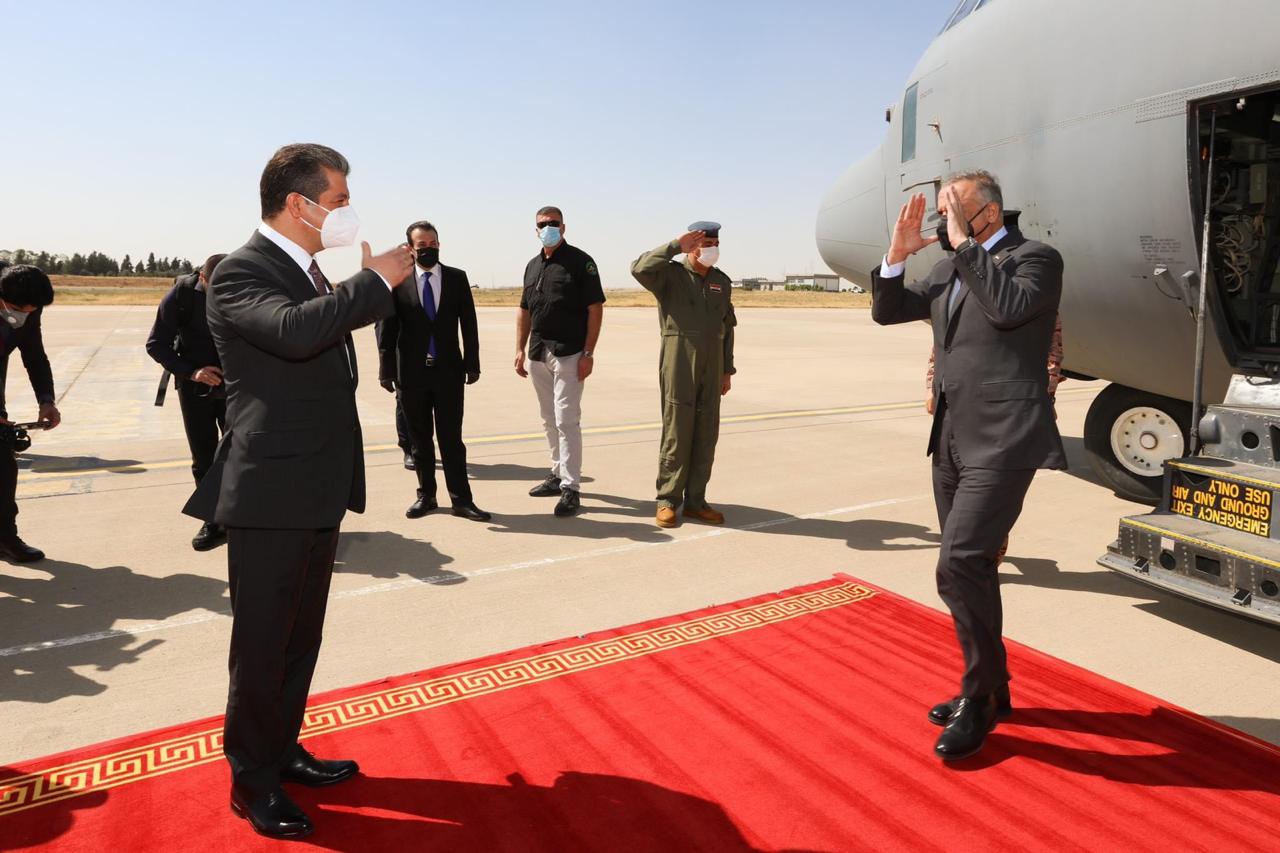 The source told Shafaq News agency, "Al-Kadhimi will visit Ibrahim Al-Khalil border crossing with Turkey, as well as one of the displacement camps in Zakho district".

Earlier today, Al-Kadhimi met the Kurdish leader, Masoud Barzani, upon his arrival in Erbil, the capital of the Kurdistan Region.

According to Shafaq News Agency's reporter in Erbil, Al-Kadhimi met with Barzani, who leads the Kurdistan Democratic Party, then began his meeting with Masrour Barzani, head of the regional government.

It is expected that Al-Kadhimi will meet the President of the region, Nechirvan Barzani, and then visit Al-Sulaymaniyah and Duhok governorates.

Al-Kadhimi will discuss several files with the Kurdish side, including the outstanding disputes between Baghdad and Erbil, pursuing ISIS remnants, as well as the early parliamentary elections.

It is noteworthy that the region strongly supported Al-Kadhimi's candidacy to the presidency of the federal government.

Both governments have been holding talks for months to resolve the outstanding disputes between Baghdad and Erbil, as well as the file of managing oil wealth and distributing its revenues.

This is Al-Kadhimi's first visit to Erbil since he took office as Prime minister last May.

Al-Kadhimi: some parties are pressuring me to release corrupt detainees