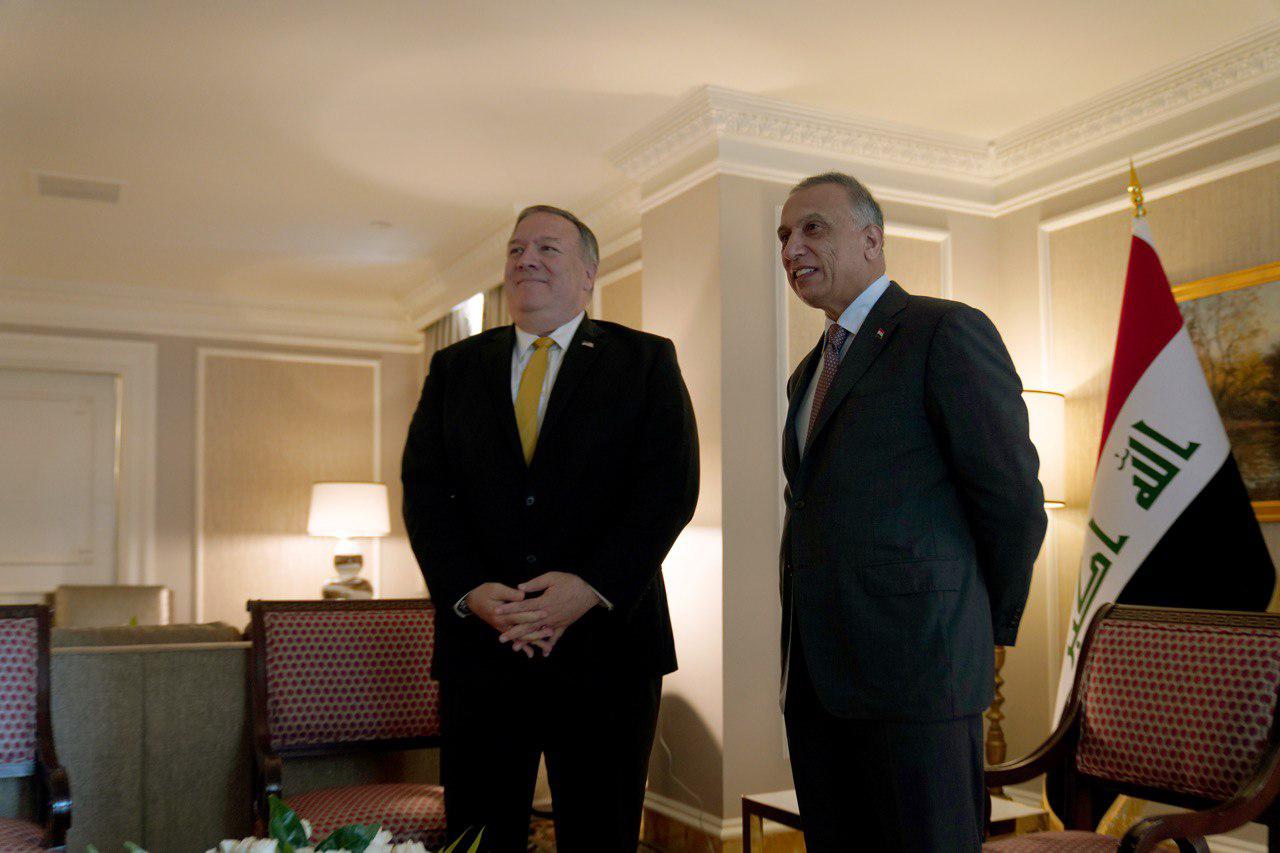 Shafaq News / The Iraqi Prime Minister, Mustafa Al-Kadhimi, agreed to an American request to extend his visit to Washington.

Iraqi government media reported that the Iraqi PM agreed to postpone the return date to Baghdad, which was scheduled, Thursday evening.

Iraqi government media reported that, "The extension was requested by congressional officials, in order to meet Al-Kadhimi", as new meetings may include the Speaker of the US House of Representatives, Nancy Pelosi.

Al-Kadhimi met with US Secretary of State Mike Pompeo in Washington, where the two parties discussed a package of topics, including combating terrorism, the outbreak of COVID-19, in addition to other joint files between the two countries.

The Iraqi PM will meet US President Donald Trump, later, on Thursday.

On Wednesday, US Secretary of State Mike Pompeo said that the United States will provide about $ 204 million as humanitarian aid to the Iraqi people and refugees, as well as the communities that are hosting them.

Al-Kadhimi lays out the "Ideal" roadmap to a "Sustainable Economy"

Al-Kadhimi: fighting corruption in Investment Projects is a priority of the government