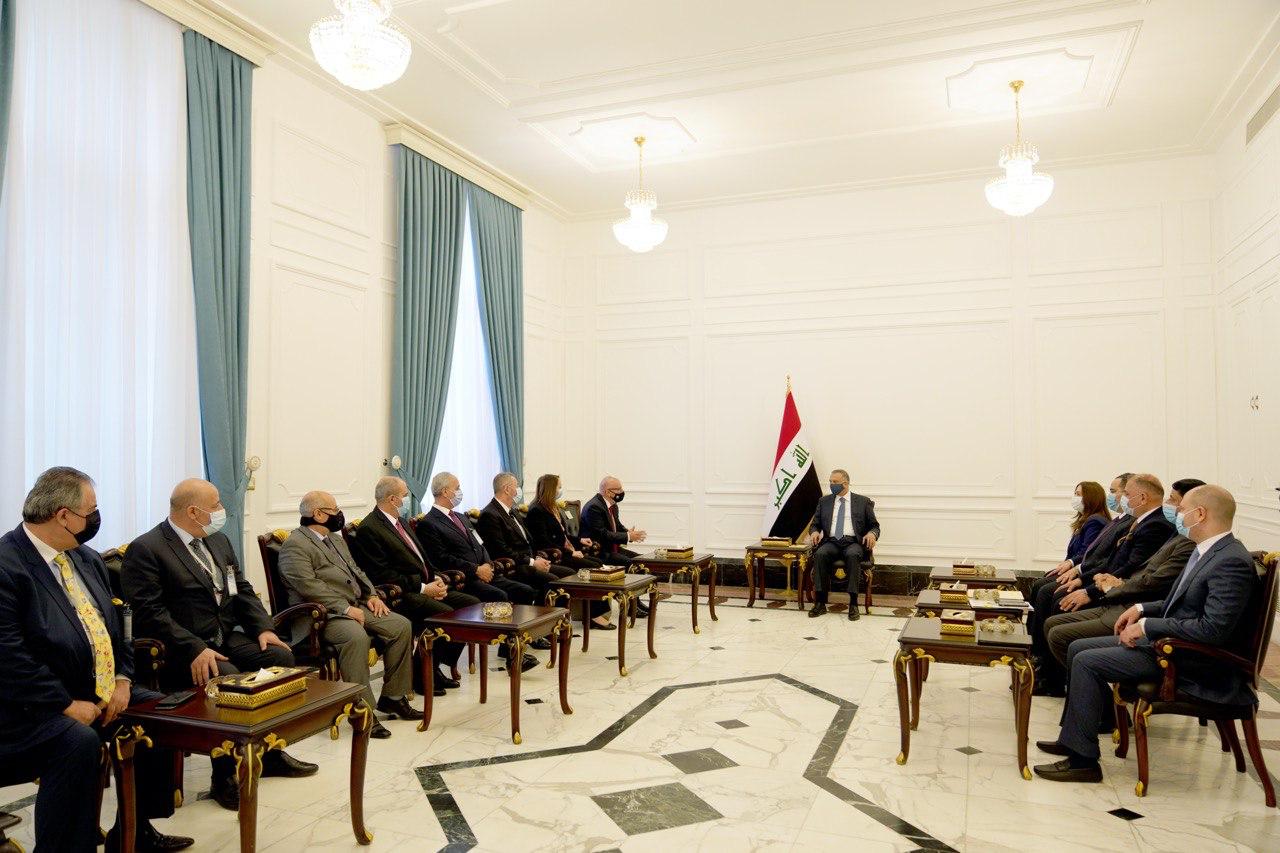 A statement by Al-Kadhimi's office said that the delegation conveyed the greetings of King Abdullah II of the Hashemite Kingdom of Jordan and "the assurances of the government and people of Jordan on the depth of cooperation and the desire to develop common interests with Iraq."

At the outset of the meeting, the prime minister said, "The two countries have serious intention and determination to implement bilateral agreements in all areas of cooperation, especially in the housing, energy, health, education, industry, trade, banking, and software development."

Al-Kadhimi conveyed the Jordanian delegation's greetings to King Abdullah II and the government of Bishr Al-Khasawneh, stressing, "Iraq looks forward to closer cooperation with Jordan and the consolidation of security and stability in the region."

For its part, the Jordanian delegation expressed its appreciation for the excellent reception and the Iraqi endeavor to develop bilateral relations, emphasizing the importance of enhancing cooperation between the two countries in various fields.