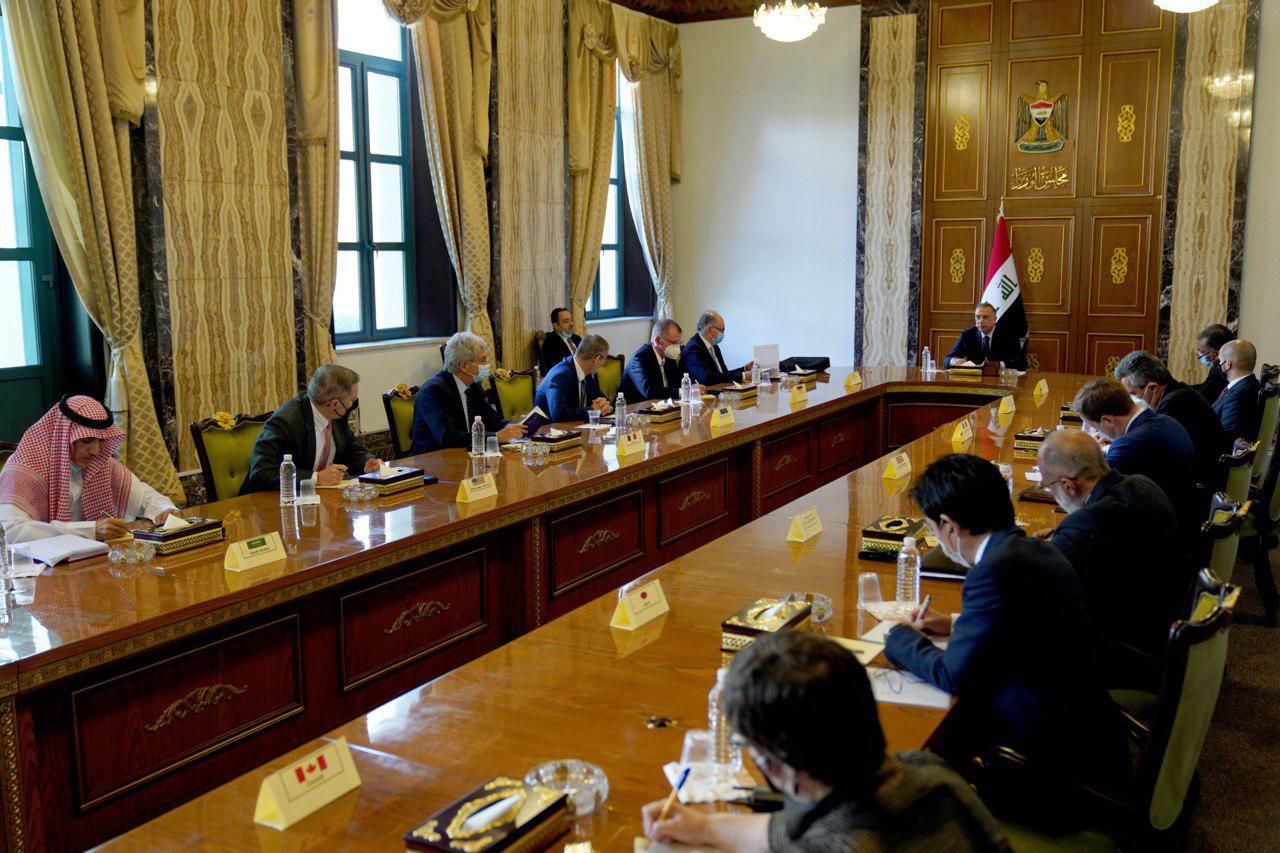 Al-Kadhimi's office said in a statement that the latter received, today, the ambassadors of the Iraqi Economic Contact Group (IECG). The statement said that Al-Kadhimi reviewed with his guests the latest developments of the economic reform plan, the preparations of the reform paper, and the inclusion of related concepts in the budget bill.

The Iraqi Prime Minister stressed the importance of government measures to address the chronic problems afflicting the Iraqi economy, indicating that the reform paper carries a future vision towards building an advanced economy that stimulates local production in various sectors, provides job opportunities, and invests human and material resources.

Furthermore, Al-Kadhimi emphasized the need to activate the international conferences' outcomes, turn them into concrete steps that would benefit the Iraqi economy, and provide a decent life for the citizen.

The ambassadors of the countries of the Economic Contact Group, headed by Germany and the European Union, in addition to the World Bank, praised the importance of the steps taken by the government, expressing their willingness to work according to the priorities set by Iraq to support the reform process and anti-corruption efforts.

In conjunction with Al-Kadhimi's visit, Maysan's Mayor beaten during an encroachments removal campaign