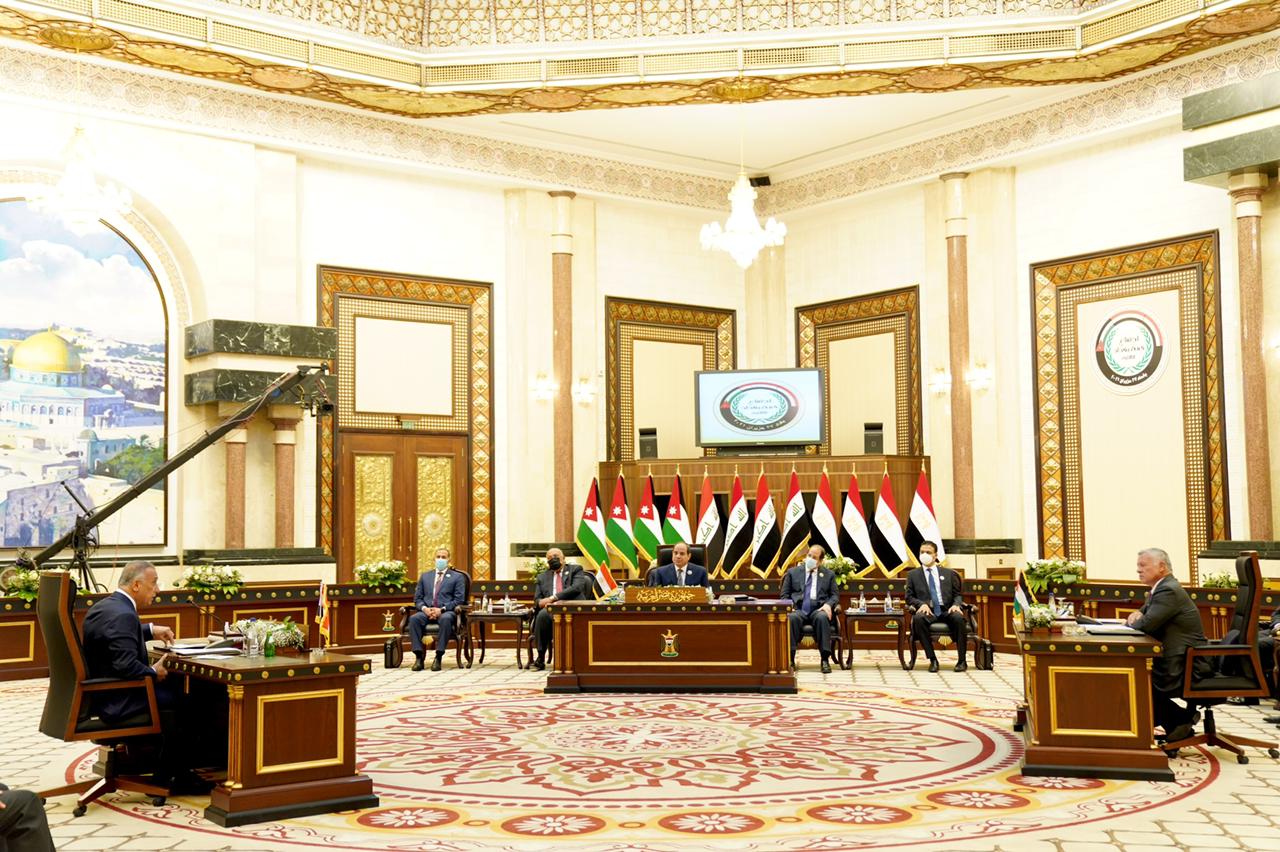 This came during the Iraqi Prime Minister's opening speech to the Iraqi-Jordanian-Egyptian trilateral summit.

During the speech, Al-Kadhimi stated, "This visit is taking place at a dangerous historical turning point that the region and all countries of the world are going through, especially with the challenges of COVID-19."

"Iraq has gone through a harrowing experience in the face of terrorism. It succeeded in eliminating these groups", stressing the need for work and coordination between the three countries to confront these challenges.

He continued, "As we agreed in the past, we will continue to coordinate in the main regional files such as the Syrian, Libyan, Yemeni and Palestine files, to come up with a common position towards these issues", noting, "the previous meeting focused on investment and economic cooperation."

"Many memoranda of understanding have been signed in the past between the three countries, and there are memoranda and agreements that we will sign shortly."

Al-Kadhimi added, "The three countries are working to establish a permanent secretariat to coordinate their joint work, to develop and follow up on what is agreed upon, as well as to enhance coordination in the security and intelligence field, especially concerning confronting terrorism, education, culture sports, arts, and health.

Al-Kadhimi lays the foundation stone of two projects in Basra