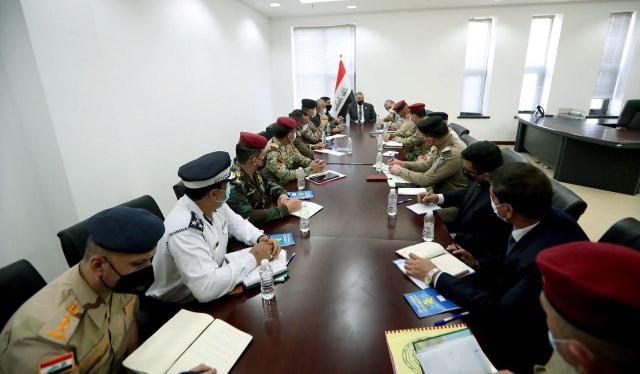 Shafaq News / Prime Minister Mustafa Al-Kadhimi directed on Wednesday to pay attention to the forces in charge of protecting demonstrations, stressing that there will be no tolerance for any attack on the state institutions.

A statement issued by Al-Kadhimi's office said, "the Prime Minister Mustafa Al-Kadhimi, chaired during his visit to Maysan Governorate today a meeting of security leaders in the governorate, in the presence of the defense and interior ministers.

Al-Kadhimi directed, "to pay attention to the forces tasked with protecting and organizing the demonstrations and train them well, calling for the security forces to be patient and use responsible methods in dealing with peaceful demonstrations", adding, " the spread of chaos does not serve the interest of anyone. we stand firmly against any security violations".

Iraq’ Al-Kadhimi: gangs want to transform the demonstration into chaos