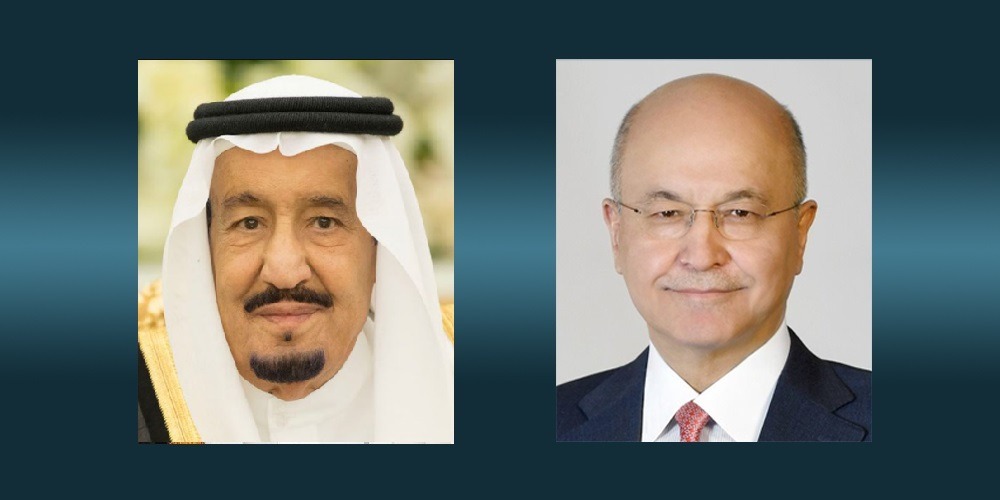 A statement by the Iraqi Presidency said Salih congratulated the Saudi King on the holy month of Ramadan.

The two sides discussed the bilateral relations between the two countries, and ways to supporting the establishment of security and peace in the region, and cooperating in facing various challenges. "

Both leaders considered the Iraqi Prime Minister’s visit to Riyadh a “successful” step due to its importance in “strengthening the joint relations between the two brotherly countries.”

In a phone call with the Palestinian President, Iraqi president reiterates Iraq's support for the Palestine Cause