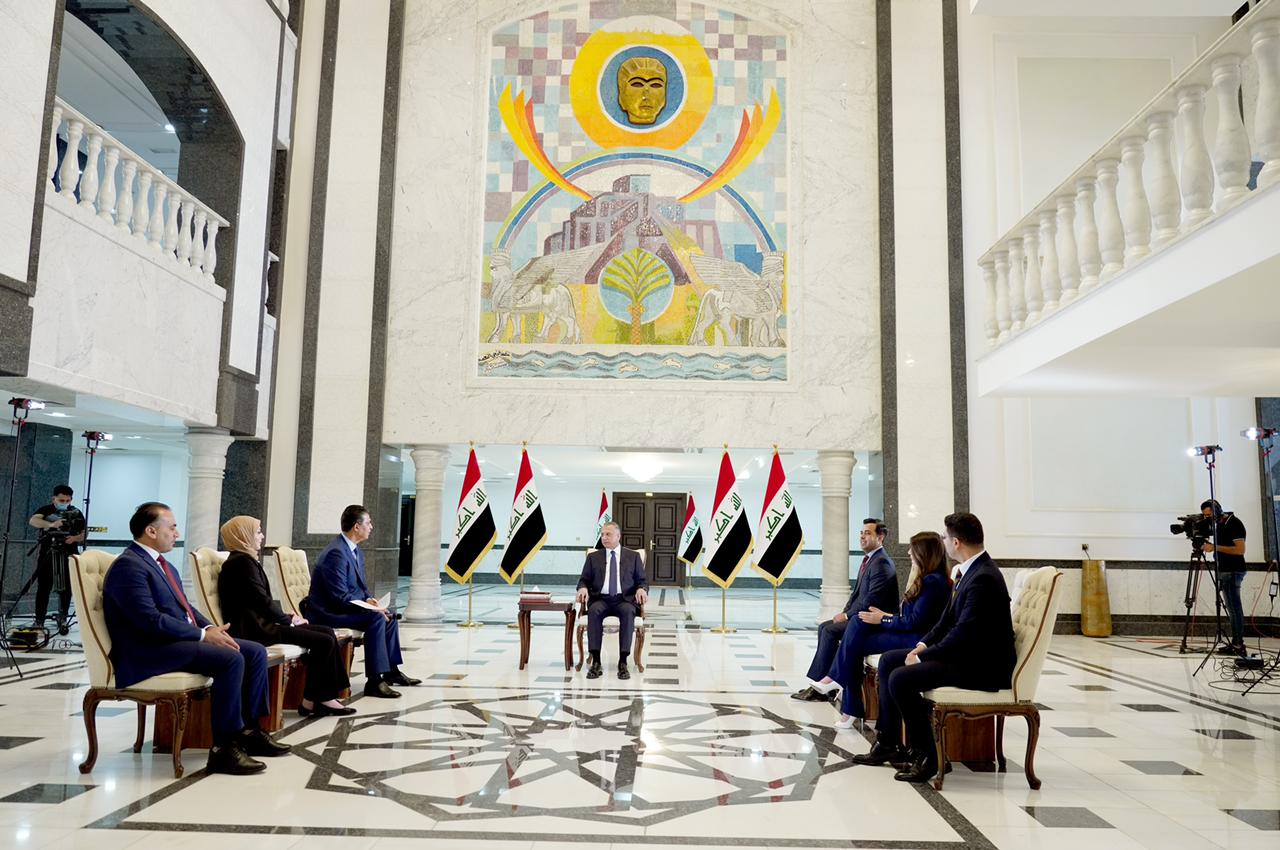 Shafaq News/ The Iraqi Prime Minister, Mustafa al-Kadhimi, accused parties he did not name of "demonizing" the Prime Minister, but "neutrality" thwarted that scheme, affirming that no party has the right to possess arms outside the purview of the state.

In a meeting with Iraqi TV presenters, al-Kadhimi said, "the decision of refraining from running to the upcoming elections was taken from the first moment of this government," adding, "it [the government] came in exceptional circumstances. Iraq was going through a crisis, and there was a clear disagreement between social and political forces."

Al-Kazemi pointed out, "Some have tried to demonize the prime minister, but what has been agreed upon by the people has been proven to be neutral at this stage."

"Some tried, more than once, to accuse the government and the prime minister of false accusations. However, when he was assigned [Al-Kadhimi], there was a clear message to the political elite to support the upcoming elections and the political blocs that won the formation of this government, bring a prime minister from these blocs to assume responsibility."

The Prime Minister continued, "It is illogical and fair that the political blocs fail to agree after each election. They are looking for a political figure outside the political framework, so the parties must bear the responsibility."

"Iraq has gone through difficult circumstances from 2003 to 2020, the demonstrations produced as well as chaos, and among the chaos was the fugitive arms and the arms that fought ISIS and defeated ISIS. Some tried to exploit this weapon under multiple titles, once under the title of expelling the occupier, and one under the heading of protecting unruly gangs to blackmail businessmen and the state."

Al-Kadhimi stressed the necessity of "confining weapons to the hands of the state only. This government has fought the uncontrolled weapon from the first moment and fights any party that tries to exploit any address to carry weapons," adding, "If we want to build a real Iraq, we have to think about addressing this issue."

The prime minister pledged to "continue to fight every weapon that threatens the entity of the Iraqi state," stressing, "Iraq is tired of wars and now is the moment has come to build stability. Stability cannot be built with the presence of fugitive weapons."

"We called for a national dialogue for all parties, including the militants, to sit at the dialogue table and address the reasons for the existence of this weapon."

Al-Kadhimi denied that the government was subjected to "any pressure from any party, and the opposite is true," noting, "there are Shiite political parties and others, pushing for the establishment of a political entity to run in the elections, but I refused."