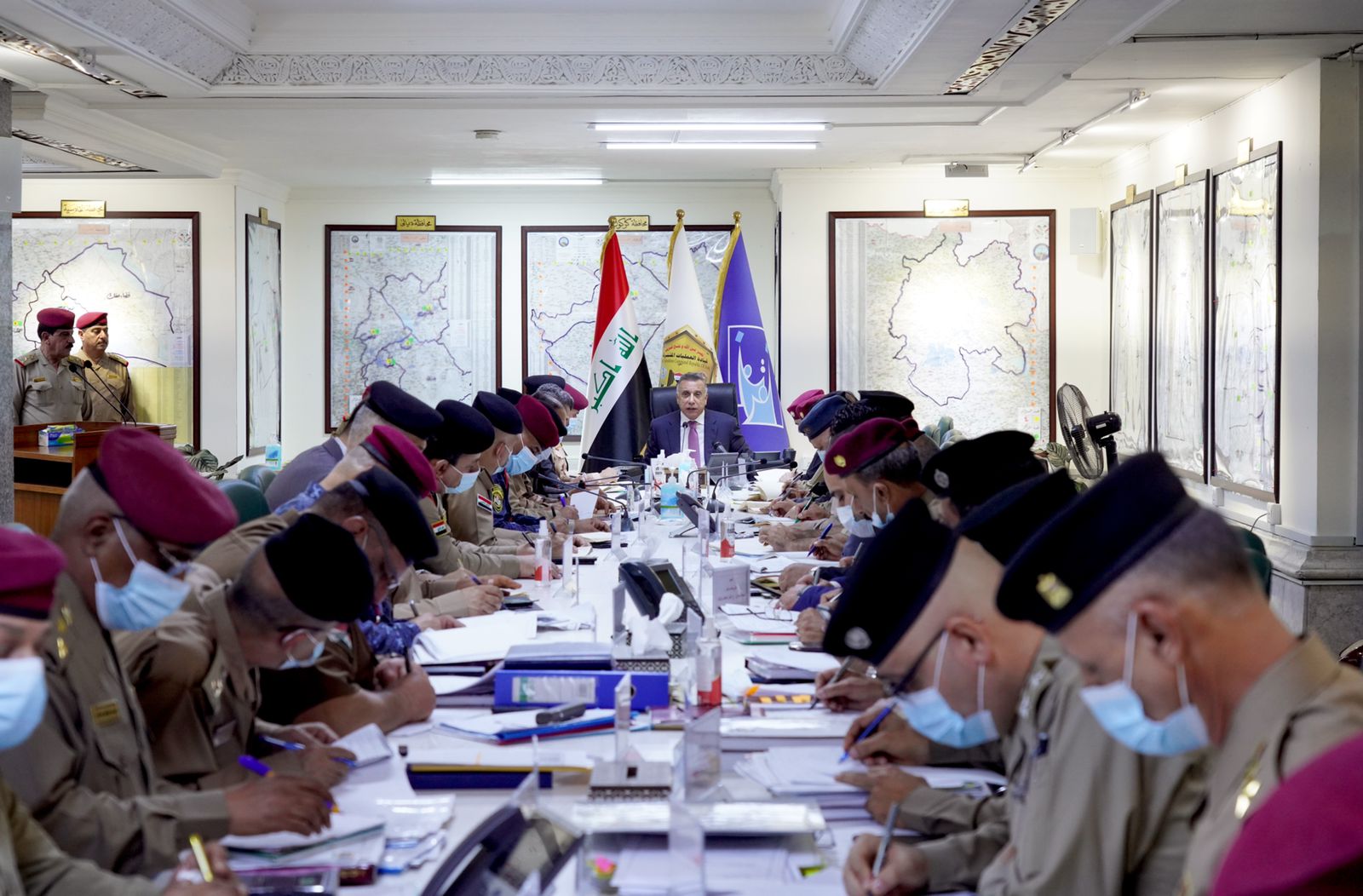 Shafaq News/ Under the auspices of the Commander-in-Chief of the armed forces, PM Mustafa al-Kadhimi, the Baghdad Operations Command carried out a security exercise in preparation for the elections.

The drill aimed to test the communication channels with the operation commands and the police commanders in the governorates.

According to a press release by his office, the Prime Minister laid emphasis on "supporting the Independent High Electoral Commission (IHEC) and the Committee in charge of the security affairs of the elections."

"When the security agencies succeed in protecting the polls, the citizen develops a sense of trust in the state and its prestige," he said, "the security work shall be resolute with no uncertain terms or self-references. Protecting the ballot boxes and polling stations is your prime mission. The mistakes of the past shall not be repeated."

Al-Kadhimi called for "hard and professional work without subjectivity. Your loyalty shall be for your profession and the state solely. You should not allow emotions to control your decisions for the interest of a party or a component."

"We received many complaints. Some entities and parties threaten the voters," he explained, "by obtaining their electoral IDs and casting the votes in their favor. Security agencies shall take those complaints seriously."

"Some groups attempt to extort the voters and force them to vote for them...You should abide by the instructions of the Supreme Security Committee and report any extortion or pressure you are subjected to."

"We support you with whatever you need. We instructed the ministers and governors to provide you with anything you need in this historic mission."

"Protecting the elections is an ethical duty. Our security forces will be up to the task."

"It is a historic opportunity to deliver a message to our citizens all over Iraq. The goal is to impose law and justice between the contestants and ensure the integrity of the elections."