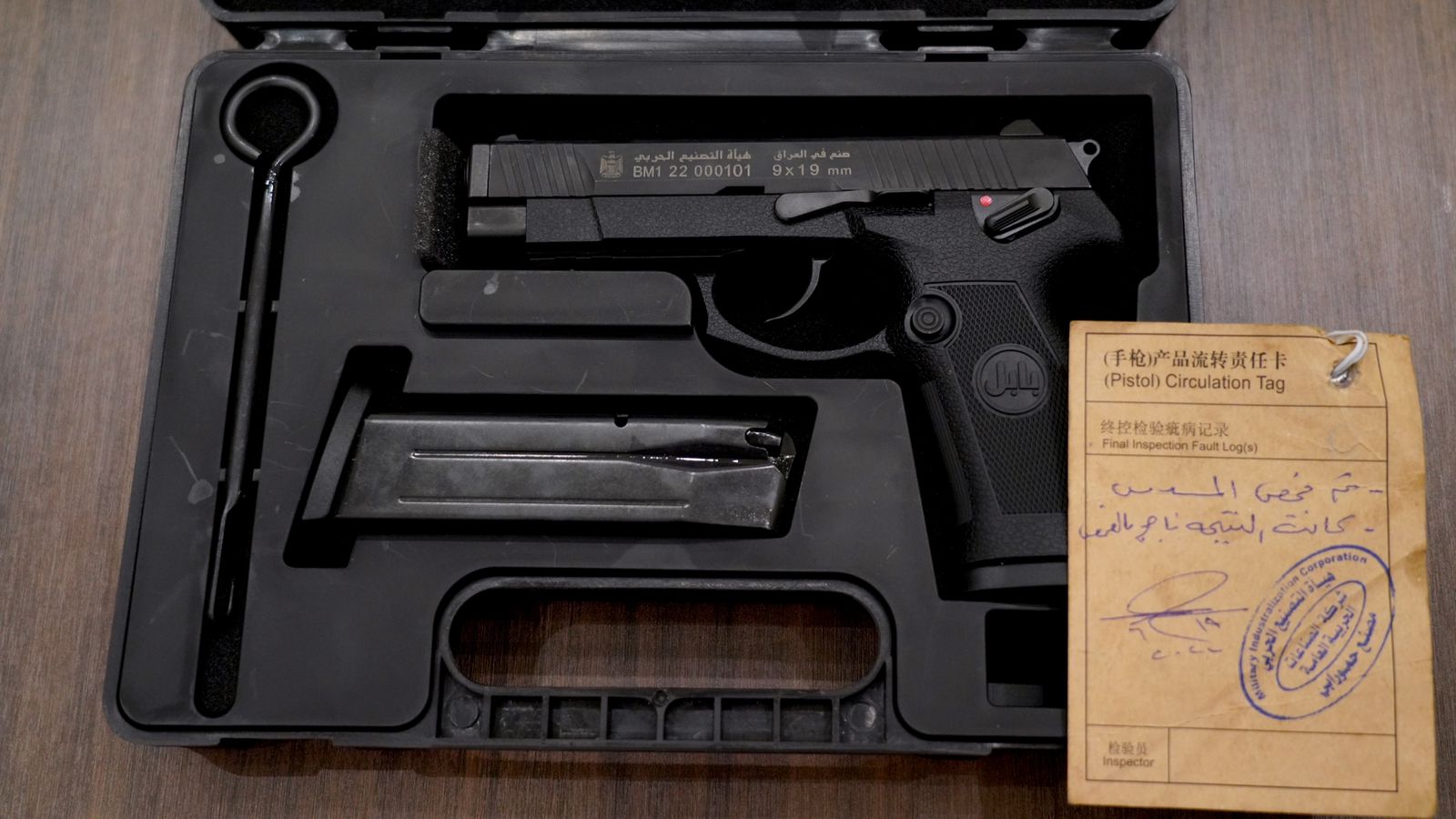 Shafaq News/ The Commander-in-Chief of the Iraqi Armed Forces, Prime Minister Mustafa al-Kadhimi, on Sunday received the first domestically manufactured handgun as a gift from the head of the Iraqi Commission for military industry, Mohammad Saheb al-Darraji.

The handgun named Babel was offered to Prime Minister Barzani on the sidelines of a meeting of the Ministerial Council of National Security.

Al-Kadhimi said that the government is adamant about endorsing the national military industry, calling for the deployment of advanced technology and scientific research in this field.

Al-Kadhimi: to intensify the efforts to hold the elections as scheduled

Al-Kadhimi sets a deadline for the "Farmer's dues" issue management

New plans to protect Iraqis after the twin attack