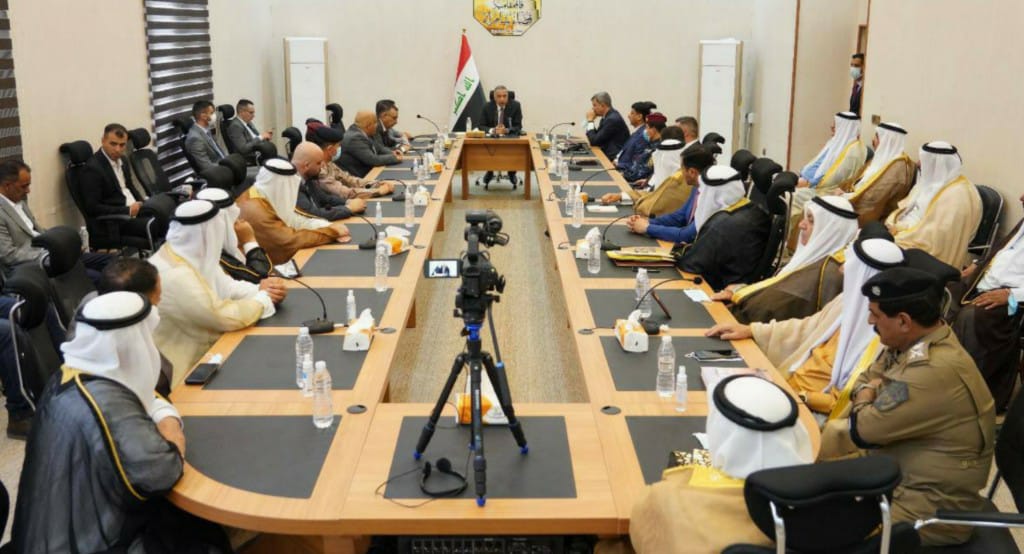 Al-Kadhimi said during his meeting with a number of Samarra tribal sheikhs, "I praised the role of our tribes in Samarra in enhancing security and cooperating with the security forces against terrorism."

He added, "We call on our tribes to support the state in preserving the unity of Iraq and empowering civil peace in society," stressing that "we must overcome differences and put the citizen's interest and right in a state that protects him, as a goal for all."

"The government is giving maximum efforts to provide services to citizens, and today we opened the Samarra power plant as part of our obligations towards the citizen,  the next stage will witness greater work for the benefit of citizens." He added.

The PM stressed, "Today we are facing great challenges, and we are determined ll to confront and overcome them through the cooperation and solidarity of all."

He concluded, "We have to move towards the reconstruction of the country and correct many of the previous mistakes. The government has been keen, as part of its reform program, to revitalize all sectors, especially the agricultural sector, and provide all facilities to farmers."