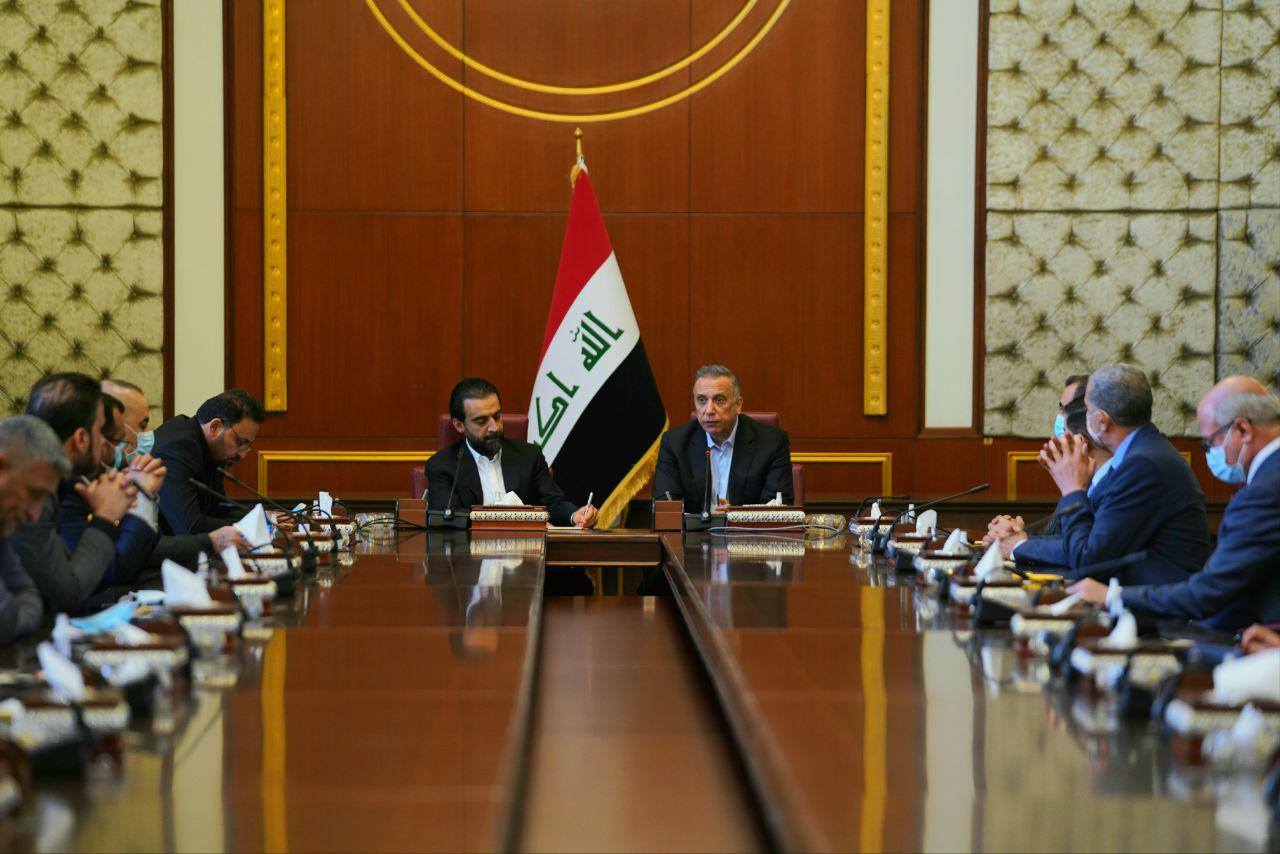 Shafaq News / Prime Minister Mustafa Al-Kadhimi and Parliament Speaker Muhammad al-Halbousi chaired today a joint meeting that included a number of ministers and representatives, attended by the First Deputy Speaker of Parliament, Hassan al-Kaabi, during which the incident of Ibn Khatib Hospital and the measures taken in its regard were discussed.

Al-Kadhimi pledged at the beginning of the meeting to hold accountable all negligent parties who caused this tragedy.

The Prime Minister indicated that the Council of Ministers issued several decisions during its special session today, the most prominent of which is suspending three senior officials, including the Minister of Health and Environment Hasan al-Tamimi.

The Presidency of the Council of Representatives decided to assign Bashir Haddad, the second deputy speaker, as a member to monitor the work of the government committee formed regarding the Ibn Khatib hospital incident and follow up the investigation procedures.