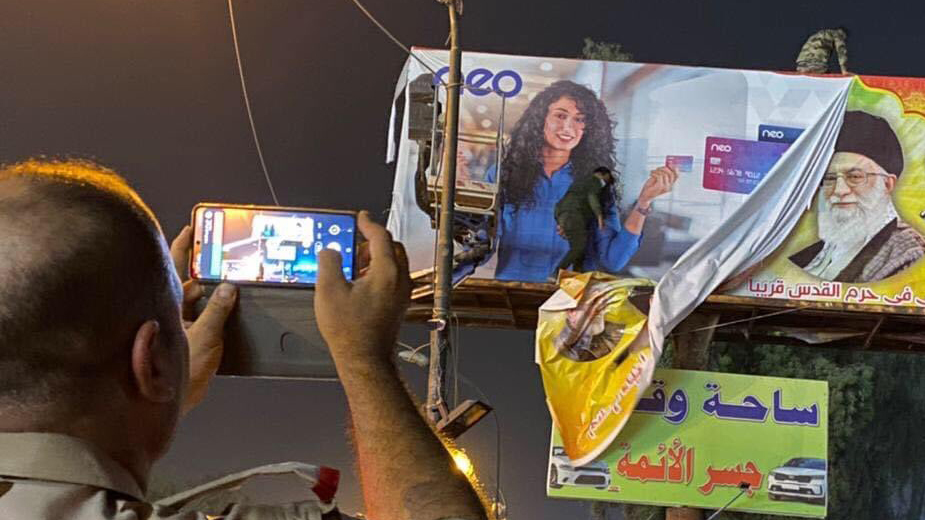 It is more likely that the photo was hung as International Quds Day -which is celebrated by pro-Iranian parties- approaches.

The banner sparked outrage among the residents of Adhamiya, which is one of Sunni Muslims' most prominent strongholds in Baghdad.