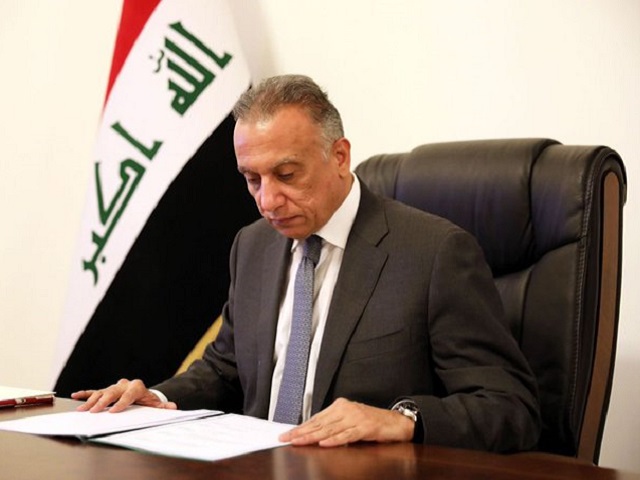 Shafaq News/ The Iraqi Prime Minister, Mustafa al-Kadhimi, highlighted the role of the Commission of Investment in reconstruction and the importance of reform in restoring its optimal function.

Al-Kadhimi embarked today, Tuesday, on a visit to the Commission of Investment to keep tabs upon the work of the Commission and hurdles hampering its progress.

"We need to work in accordance with plans and sustainable strategies to address the disruption of the infrastructure and erroneous foundation."

"Many projects have been referred to investment. However, the majority are either lagging or phantom."

"Thousands of dunums have been confiscated without any achievement or progress," he added, "the commission must take measures to cancel the projects with completion rate less than 35% despite being past the deadline."

"We will launch a comprehensive campaign in which international and Iraqi investors will participate. I warn you of Complacency with corrupts and violators."

"I am aware that corrupts will lash out on the decisions issued today regarding lagging and unaccomplished projects and revoking their licenses, but we will go forward."