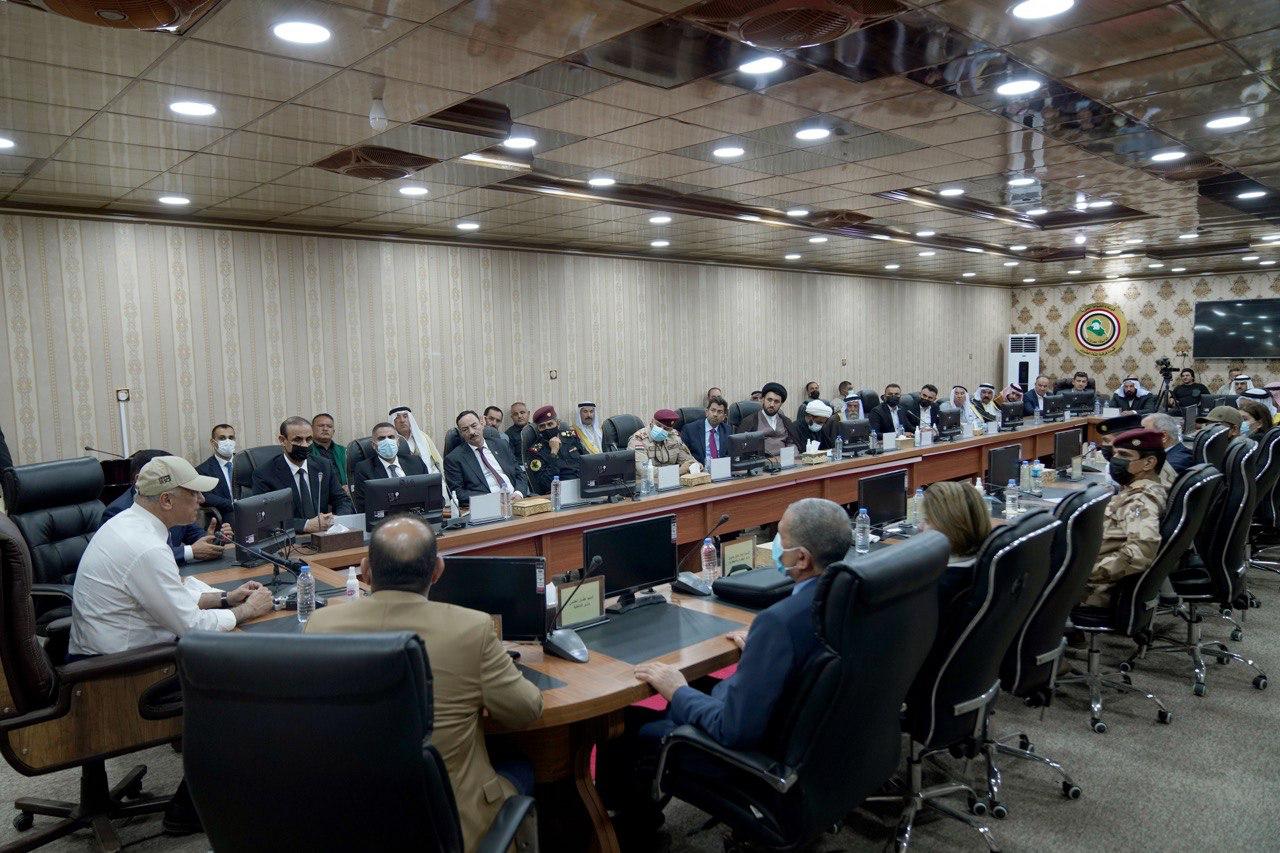 Shafaq News/ Iraq's Prime Minister, Mustafa Al-Kadhimi, asserted on Monday that the implementation of the "Sinjar Agreement" will pave the way for launching reconstruction projects in the district.

In a speech upon meeting with the Sheikhs and dignitaries of Sinjar, al-Kadhimi said, "this place has become sacred because pure blood shed here, the blood of our honorable Yazidis, and the blood of young people from all over Iraq who liberated it."

"The land of Sinjar will remain an immortal shrine in the conscience of the Iraqis, a luminous sign in their patriotic record, and a witness to the steadfastness of our Yazidi people and their commitment to their land," he said, "the heinous massacres committed by ISIS gangs here in the name of religion revealed the brutal face of terrorism and its hostile rhetoric. It revealed that extremism, criminality, and discrimination all failed to break the Yazidis' patience, resistance, and steadfastness, but rather increased their attachment to their historical land, because they are Iraqis since the dawn of history."

"We remember the souls who rose to martyrdom here, whether from our Yazidi people, our Yazidi sisters, and daughters, or the heroic souls of Iraq's youth who sacrificed themselves in order to defeat terrorism and restore the land and its people."

"We will work to build a museum to commemorate the martyrs of this place, including children, women, and valiant fighters, who defeated terrorism on behalf of the will of goodness in the entire world."

"The government is doing everything in its power to address the file of the displaced and missing Yazidis, and to provide all help, love, and support to the Yazidis who survived the evil grip of ISIS, and keep looking for the fate of the forcibly disappeared."

"We are proceeding with the implementation of the Sinjar Agreement, which will pave the way for launching reconstruction and construction projects in the region, restore intimacy, love, and coexistence to it as it was throughout the ages."

"Sinjar is the land of martyrdom, the land of Iraqi blood that has gathered from every Iraqi governorate and poured out generously and profusely to preserve the entity of Iraq from here."