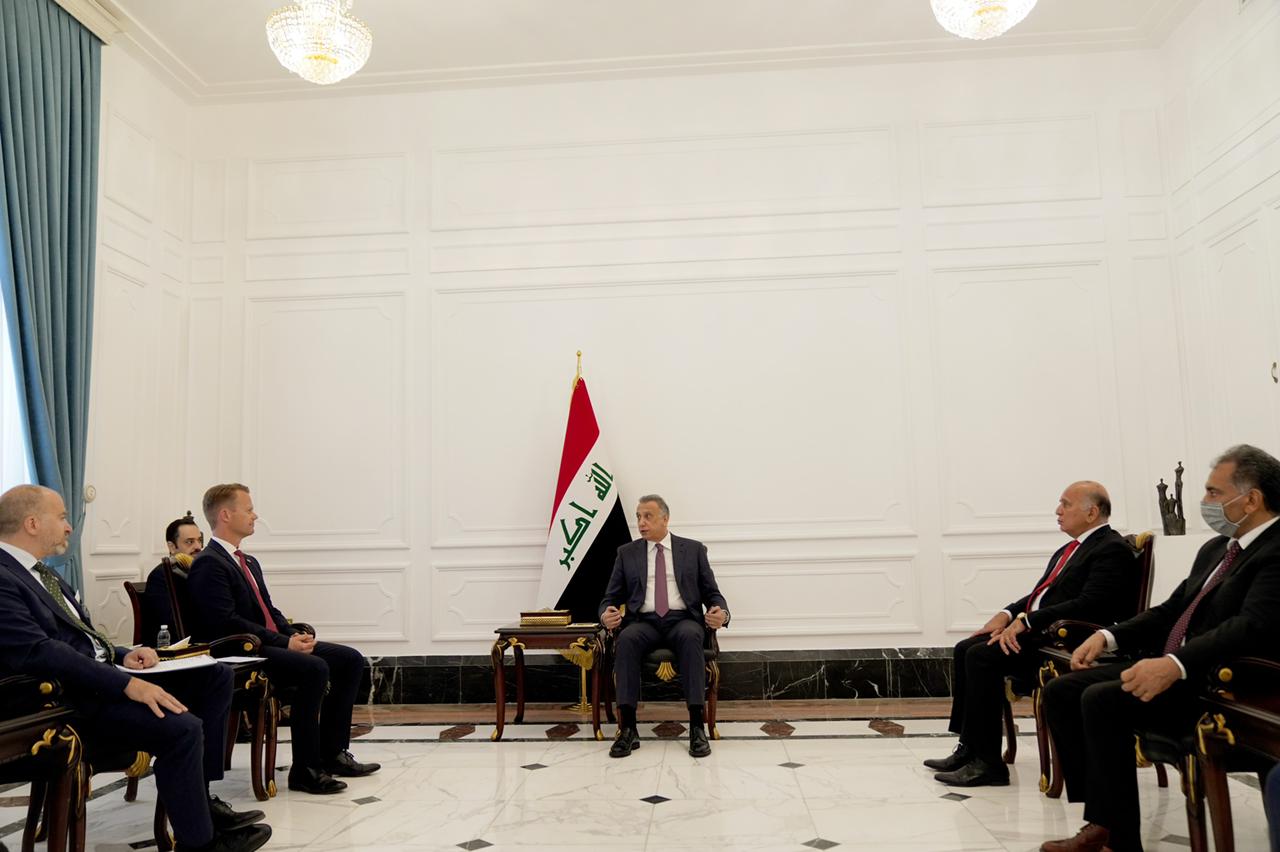 Al-Kadhimi's office said in a statement that the latter received today the Danish Minister of Foreign Affairs, Jeppe Kofod, where they discussed enhancing bilateral relations between the two countries as well as regional and international files of mutual interest.

The statement indicated that the two parties also discussed developing joint cooperation between Baghdad and Copenhagen in various economic fields, the war against ISIS, and cooperation in investment, energy, health, agriculture, and commerce.

Al-Kadhimi indicated, according to the statement, that Iraq attaches great importance to its relations with Denmark and the European Union in general, and seeks to develop them within the framework of Iraq's foreign policy and the constructive approach adopted by this government.

For his part, Kofod expressed his appreciation for the Iraqi government and people and their role in the war against ISIS terrorist gangs, adding that Denmark is proud of receiving the leadership of the NATO mission in Iraq, and is looking forward to playing an effective role to support the Iraqi security forces in different ways.

The Danish Minister affirmed his country's readiness to assist in the upcoming elections, and support the Iraqi government's reform trends in the economic field