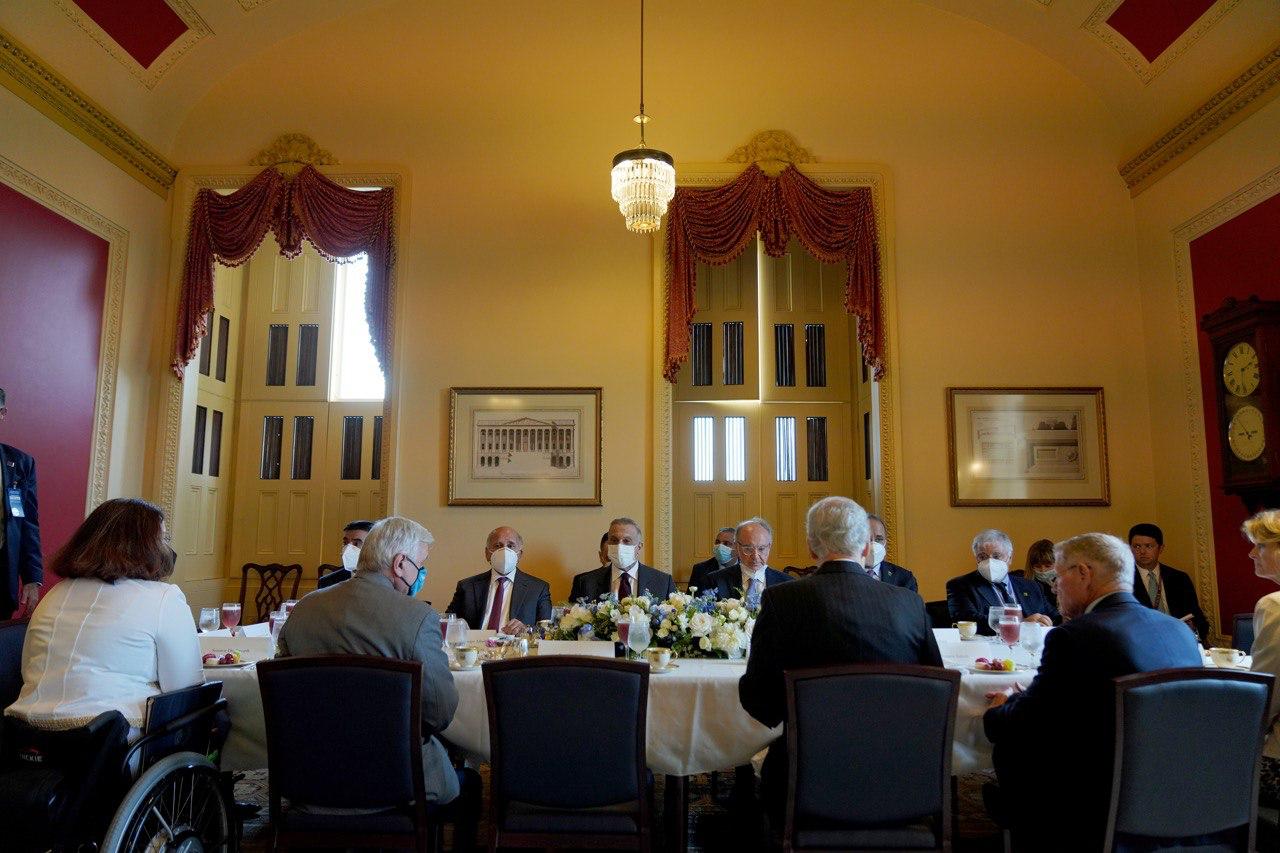 During the meeting, they discussed bilateral relations between the two countries and ways to enhance them, stressing the importance of Iraq's role in the region and in achieving stability, according to a statement by Al-Kadhimi's office.

The meeting also discussed the challenges facing Iraq in the security and economic aspects, fighting the pandemic, the Iraqi government's reforms, and the situation in Iraq in general.

Al-Kadhimi: the government worked for two of three years without a budget