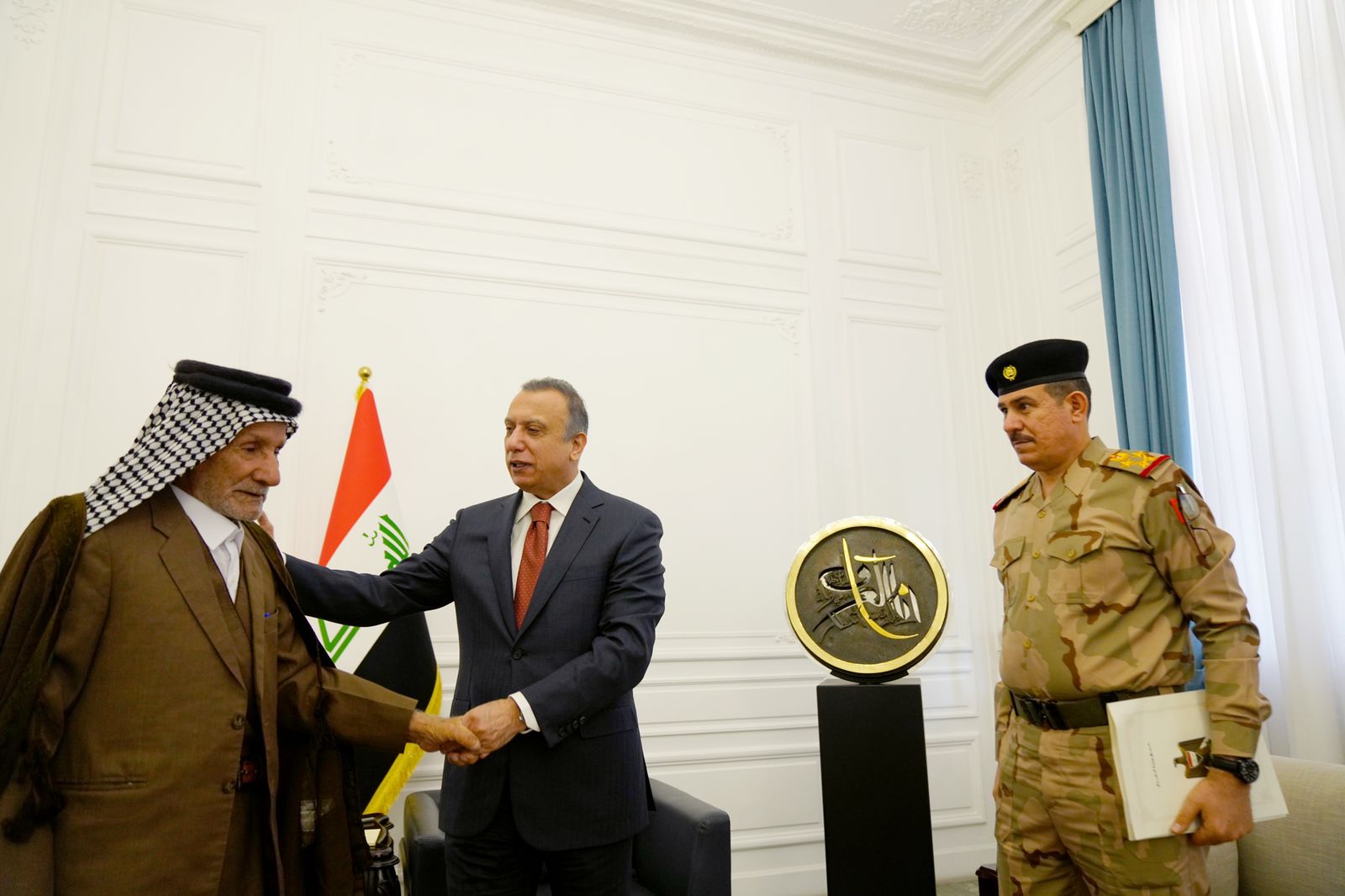 Shafaq News/ The Iraqi Prime Minister, Mustafa al-Kadhimi, hosted on Tuesday, a citizen who lodged a complaint over media about impeding the progress of paperwork he requested from a government department years ago.

The citizen, Abdul-Zahra Eidan al-Fatlawi, explained to the Iraqi Prime Minister the course his paperwork has been through, pledging to hold the public servants halting its progress to extort bribes accountable.

Al-Kadhimi instructed the relevant authorities to keep tabs on al-Fatlawi's paperwork, and the employees who tamper with the citizens' paperwork liable.

Iraq's PM: We join our hands to prove that Iraq in 2022 is a workshop for investment, construction, and culture