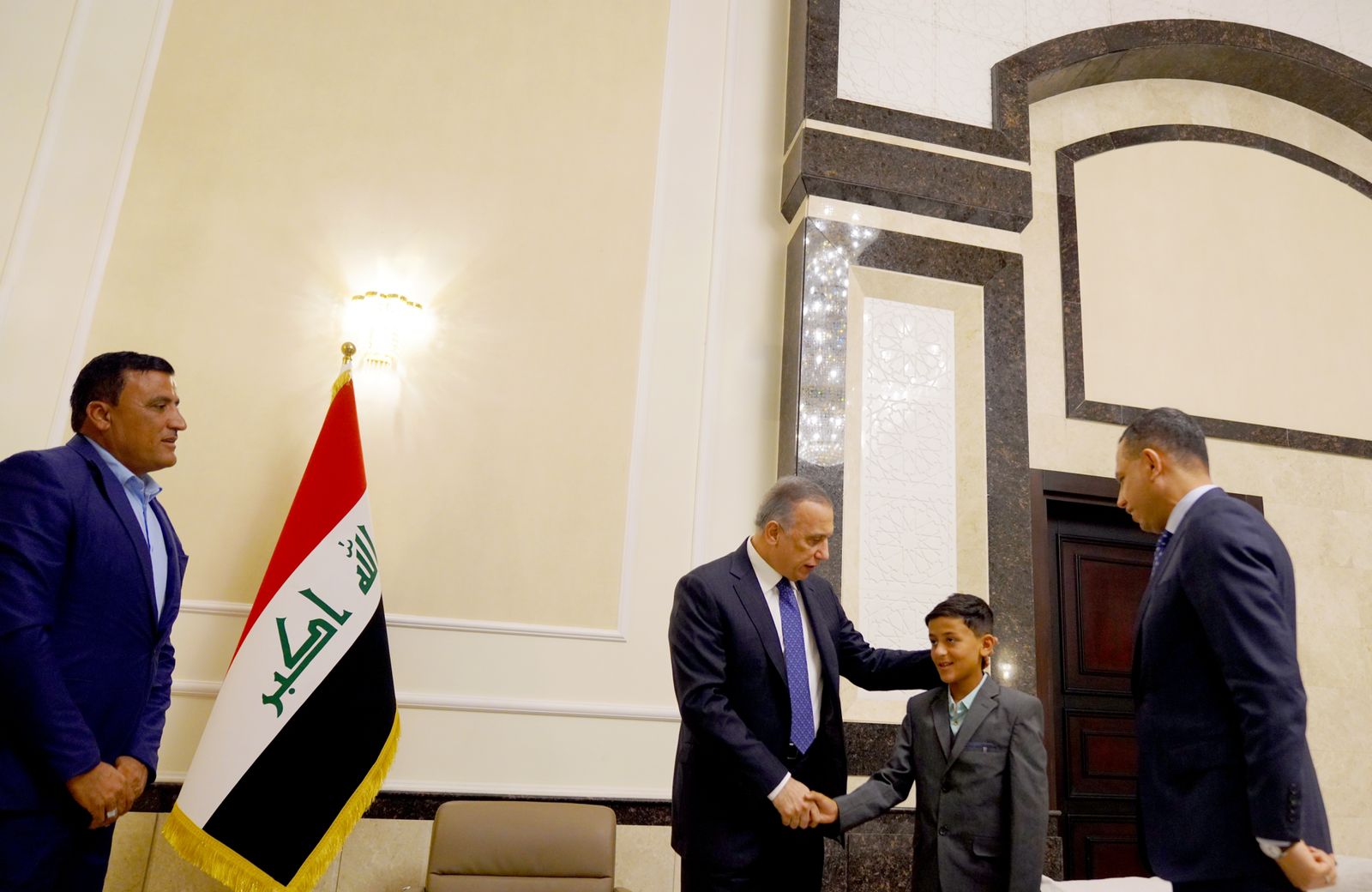 Shafaq News / Iraq's caretaker Prime Minister, Mustafa al-Kadhimi, said today that the government is working to provide a suitable environment for kids who were affected by ISIS's invasion of the country.

Al-Kadhimi's made these statements when he received the Yazidi boy, Hajem Abdullah Madi, who was kidnapped by ISIS.

Al-Kadhimi's office said in a statement that the latter met with the kid and his family, and commended Hajem's outstanding performance at school, despite being kidnapped by the terrorist organization and forced to be part of "Ashbal al-Khilafah", before being freed and taken back to Sinjar.

3,000 Yazidis Are Still Missing. Their Families Know Where Some of Them Are

Al-Kadhimi: Iraq's position on the Palestinian cause is consistent