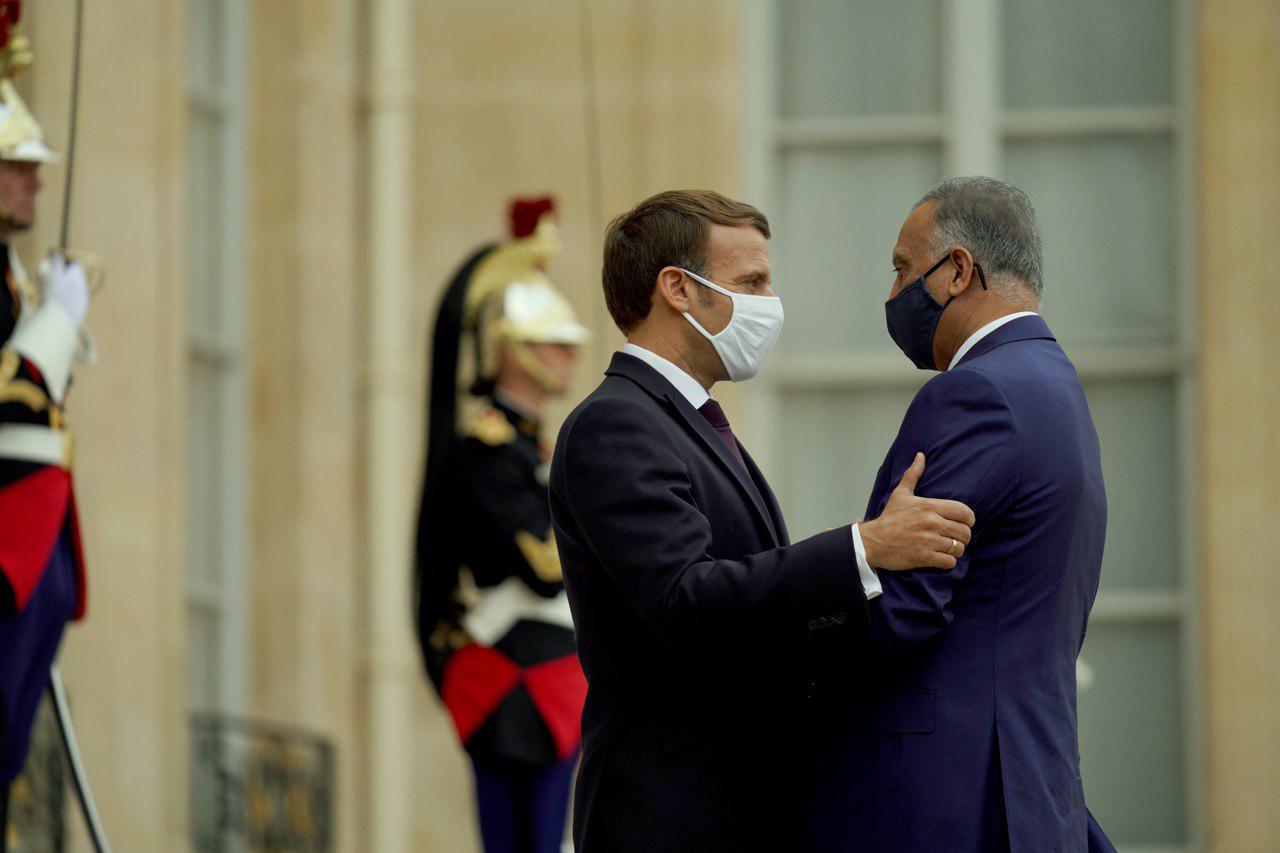 Shafaq News / The Iraqi Prime Minister, Mustafa Al-Kadhimi, commended on Monday France's efforts to launch an initiative to support the Iraqi government in implementing some paragraphs of its government reform program.

"Al-Kadhimi met, at the Elysee Palace in the capital, Paris, the French President, Emmanuel Macron, as part of his current European tour that includes a visit to France, Germany and UK", according to a statement issued by Al-Kadhimi's office.

During the meeting, "bilateral relations between the two countries and ways to enhance them were discussed. The latest regional and international developments were reviewed, and views were exchanged on several issues of common interest".

The meeting also discussed, "ways to enhance cooperation between Iraq and France, especially in the economic, security and cultural fields, as well as the file of combatting terrorism".

Furthermore, Al-Kadhimi expressed his aspiration to consolidate the existing friendly relations between the two countries.

In his turn, the French President, Emmanuel Macron, welcomed Al-Kadhimi's visit, and affirmed his country's keenness to strengthen ties with Iraq in various fields, according to the statement.

Barzani met with Macron in Baghdad

Al-Kadhimi: some parties exploited religious and national slogans to serve their political agendas