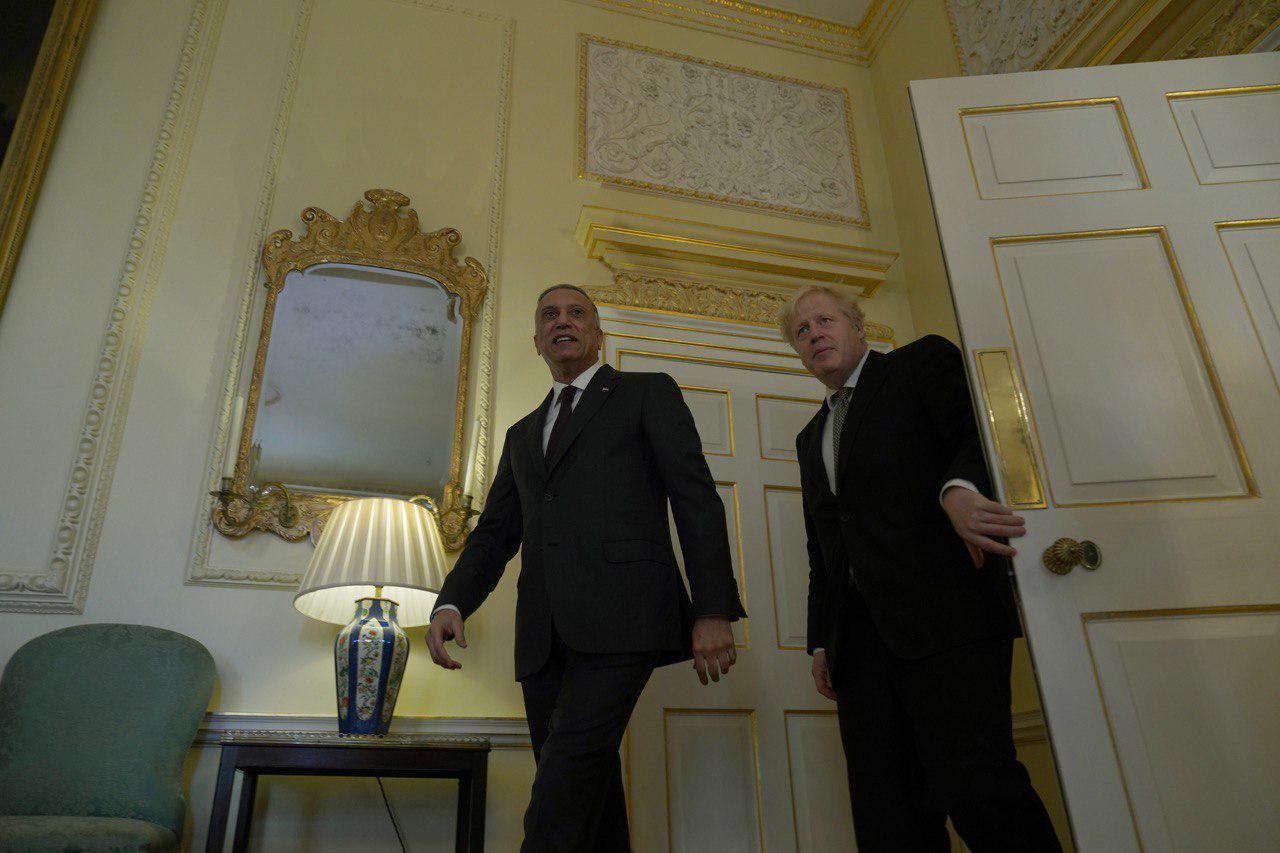 Shafaq News / During his meeting with a British delegation, on Monday, Iraqi Prime Minister Mustafa Al-Kadhimi affirmed Iraq's keenness to build strategic relations with the UK, pointing to the possibility of receiving help from it to reach fair and transparent elections.

Al-Kadhimi's media office said in a statement that he received today the British Minister of State for the Middle East and African Affairs, James Cleverley, and the Minister of the British Armed Forces, James Heappey, explaining that during the meeting, they discussed bilateral relations between the two in the political, economic and military fields, as well as the importance of continuing cooperation against terrorism and the issue of pursuing ISIS terrorists.”

The statement added that what was agreed upon during the Prime Minister’s visit to the United Kingdom last month was also discussed, in addition to the ways to transform it into practical steps that would benefit the interests of both countries.

Furthermore, during the meeting, "ways to support building the capabilities of the Iraqi forces were discussed in the field of training, equipment and intelligence.”

The statement quoted Al-Kadhimi's stressing Iraq’s keenness to, “build strategic relations with the UK in the political and economic fields," referring to, "the historical relations between the two countries, which would contribute to strengthening cooperation and support the Iraqi economy and the economic reforms included in it, the reform paper, as well as helping Iraq reach free and transparent elections that meet the aspirations of the Iraqi people. "

For its part, the British delegation affirmed his country’s support for Iraq, and the path taken by the Iraqi government, in the field of economic and security reform, and the steps taken towards holding early elections.

It is noteworthy that Iraqi Prime Minister Mustafa Al-Kadhimi arrived, on October 22, in the British capital London on an official visit during which he met with British Prime Minister Boris Johnson, as part of a European tour that included France and Germany.