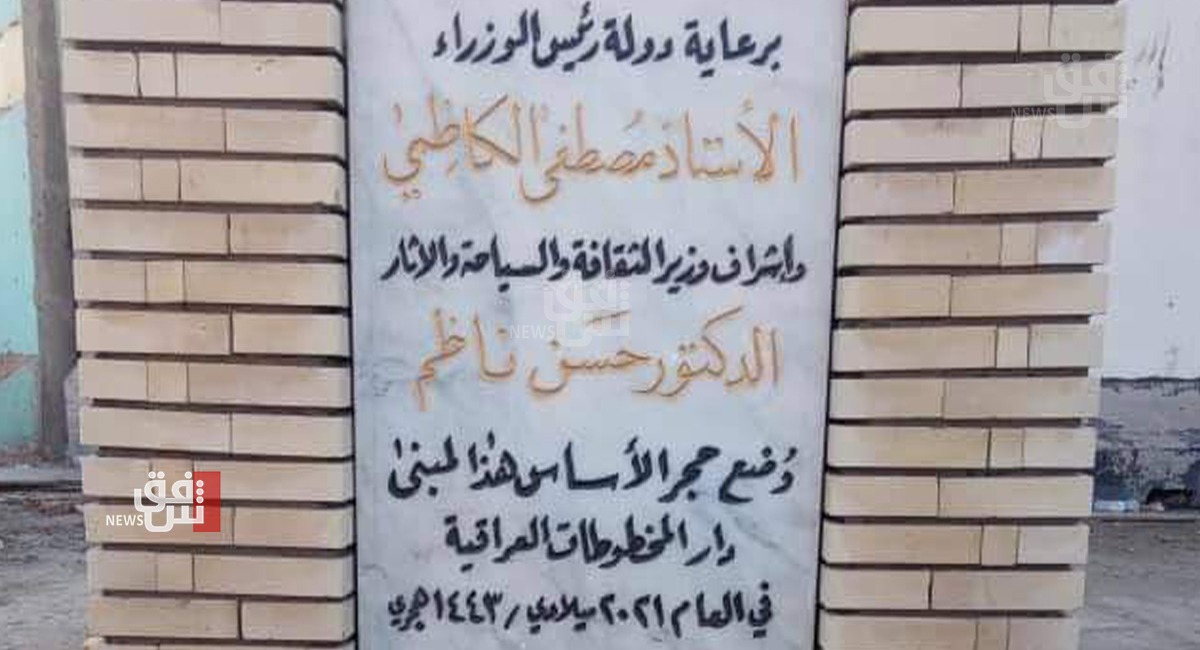 Shafaq News/ The Iraqi Prime Minister, Mustafa al-Kadhimi, has laid the foundation stone of "the Manuscripts House" in the governorate of al-Muthanna, south of Iraq.

"The project is a significant part of the human history," al-Kadhimi said in a press conference on the sidelines of today's ceremonial in al-Muthanna Airport, "it houses more than 47,000 manuscripts."

"Future begins with past experiences. Today, we inaugurate this project by laying the foundation stone. We shall be proud of Iraq's history," the Prime Minister said.

The Minister of Culture, Hasan Nadhem, said, "today's ceremony is a sign that we are capable of resuming the cultural voyage of our ancestors."

"We have 47,000 manuscripts. The house will be a destination of researchers from the universities of the entire world," he said.

"The manuscripts have never had the proper care," Nadhem continued, "this is why the attendance of the Prime Minister to the ceremony is important. The [concept of the] house has been there for 80 years, but it has never been established."