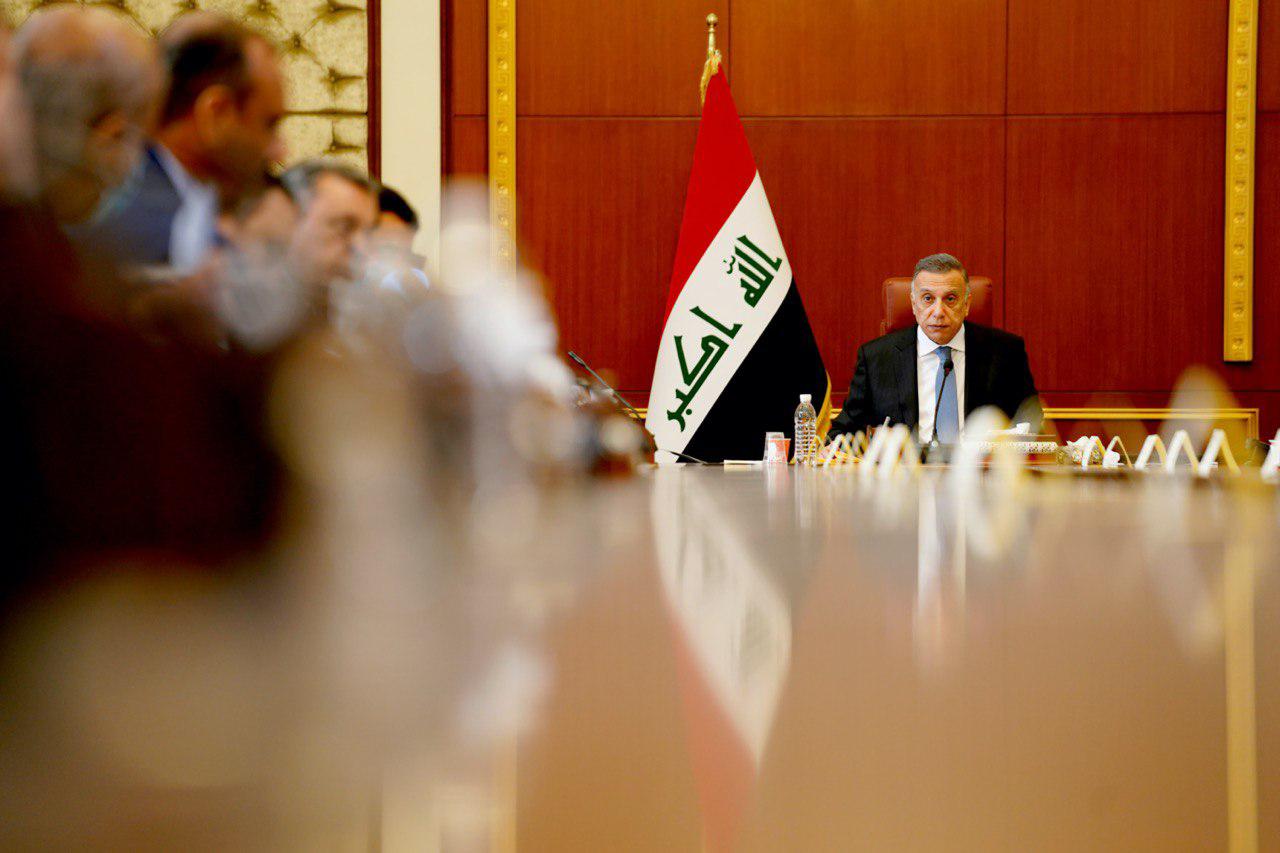 Shafaq News/ The media office of the Prime Minister, Mustafa Al-Kadhimi, issued on Thursday a bundle of decisions after the latter's meeting with the Supreme Commission for Coordination between the governorates.

Al-Kadhimi stressed in the Commission's meeting held earlier today, "the need for concrete work to overcome the obstacles halting the process of proper delivery of services to citizens."

The Prime Minister directed government agencies in all governorates to follow up on the daily complaints of citizens and spare no effort to provide the best services the citizen deserves.

After discussing the topics on the agenda, the meeting issued the following decisions:

First / Assigning the secretariat of the Supreme Commission for Inter-Governorates Coordination.

Second / According to Article 44 / Second / 7 of the Law of Governorates not organized in a region No. 21 of 2008 as amended and Article 29 of Federal Financial Management Law No. 6 of 2019 as amended, the Ministry of Finance disburses the dues of border governorates from the imports of its border-crossings.

Third/ The Ministry of Finance will finance the petro-dollar fund and transit dollar and transfer them to the concerned governorates.

Fourth / Forming a committee headed by the Supreme Commission's secretariat for Coordination between the governorates in coordination with the General Secretariat of the Council of Ministers and the relevant ministries, to present a clear vision regarding the completion of the transfer of departments and jobs.

Fifth/ Assigning the Supreme Commission's secretariat for Inter-Governorates Coordination, in coordination with the National Investment Commission, set up a mechanism for providing suitable real estate properties to the municipalities to establish investment projects on them.

Sixth / The ministries covered by Article (45) of the Governorates Not Organized in a Region Law No. (21) for the year 2008 as amended, are obligated to implement Cabinet Resolution No. (62) for the year 2019, through the governorates submitting statements of cars and buildings to be reallocated.

Seventh / The governorates allocate a percentage of the operating budget allocated to Section (1) belonging to the Governorate Office to the Department of Administrative and Financial Affairs in the governorate to enable it to perform its duties and tasks.

Eighth / Authorizing the governor the power to nominate three people, to be selected according to the controls and conditions required to occupy the positions of directors of the departments covered by Article (45) of the amended Governorates Law, and within the period specified by the law, which is 15 fifteen days from the date the names of the candidates arrive in his office. If the charged minister does not respond, the governor may, after that period, choose one of the candidates for the position mentioned above.

Ninth / The Ministry of Finance reallocates the frozen funds to the outgoing Najaf Provincial Council.