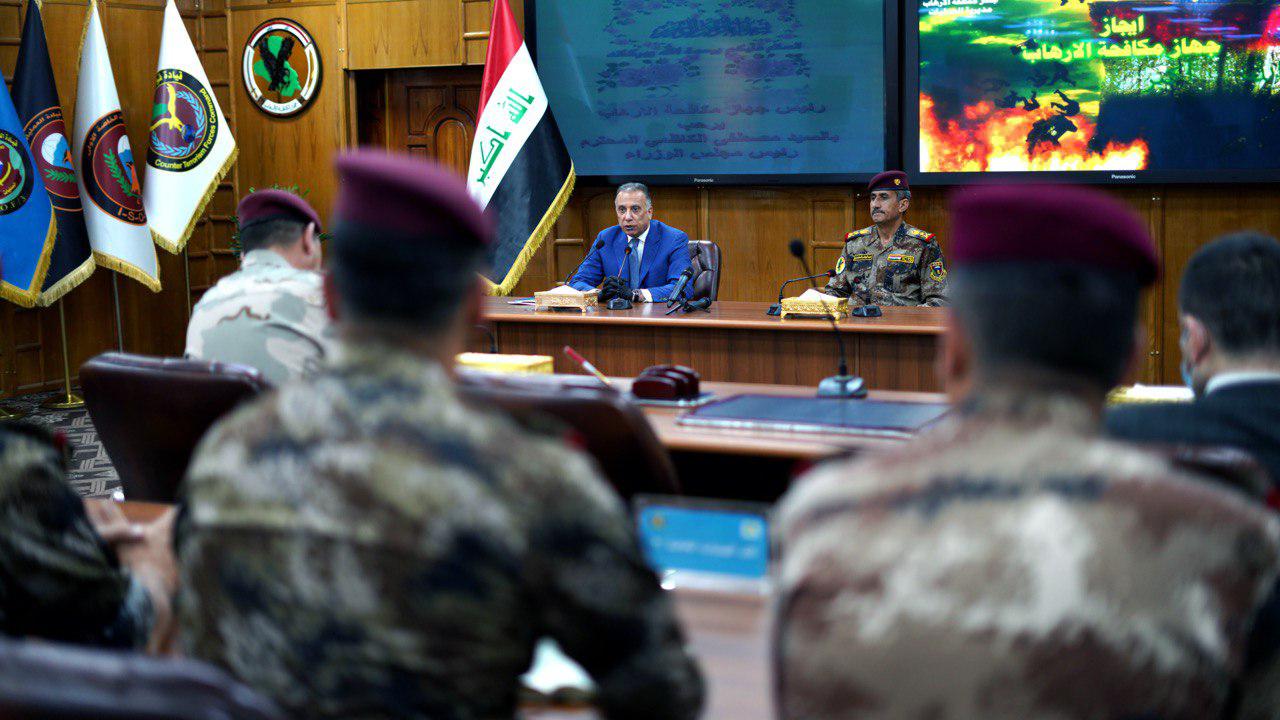 Shafaq News / The Iraqi Prime Minister, Mustafa Al-Kadhimi, issued on Friday evening four decisions regarding the violent clashes that occurred between supporters of the Sadrist movement and demonstrators in Nasiriyah, the center of Dhi Qar Governorate,

The spokesman for the Commander-in-Chief of the Armed Forces, Major General Yahya Rasool, said in a statement, "Al-Kadhimi issued a decision to dismiss the police chief in Dhi Qar Governorate, form a committee to investigate today's events that took place in the governorate, announce a curfew in Nasiriyah, and cancel licenses to carry weapons to prevent further repercussions that harm civil peace in Iraq. "

The statement quoted Al-Kadhimi saying, "The tension in Iraq is not in the interest of the country. There is no substitute for law, order and justice."

He continued, "The Iraqi government has abided by its pledges and set a date for the elections, so that the ballot box is the only decisive factor for determining positions."

The Iraqi Prime Minister called upon all citizens to, "abide by government instructions to preserve the Iraqi blood and to cut off the road for those who want to harm this country and its citizens."

Earlier on Friday, a security source told Shafaq News Agency that the security authorities imposed a curfew in Nasiriyah due to violent clashes that occurred between protestors and Al-Sadr supporters on Friday.